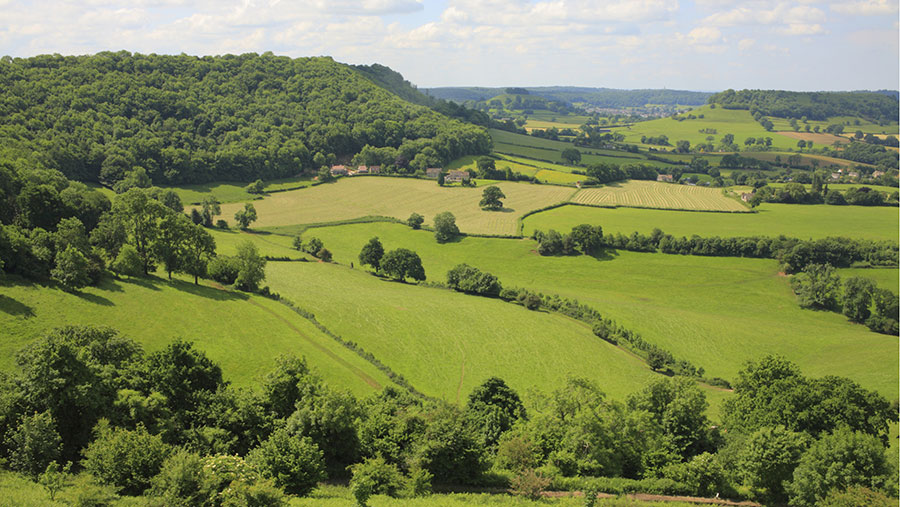 Increased tree planting on farmland is essential if the UK is to meet its carbon net-zero targets, but care must be taken to ensure they are the right trees in the right places, the Natural Capital Committee (NCC) has advised.

In a new report looking at nature-based interventions, the NCC notes that agriculture is currently the fifth-largest emitter of greenhouse gasses (GHG) while only contributing 0.6% to the UK’s GDP.

Attempts to lower agriculture’s emissions have also lagged behind other sectors, it adds.

“Nature offers the potential to store and sequester carbon at a much lower cost with a wider range of natural capital enhancements for the investment,” it suggests.

“For example, engineered solutions can cost between four and 10 times more per tonne of carbon dioxide when compared to nature-based interventions.”

Tree planting is one of four main options the NCC evaluates, pointing to the government’s target of planting 30,000ha of trees a year over the next 30 years – more than double the current rate.

“The right tree in the right place for the right reason can bring a multitude of benefits,” it says.

But without careful planning, inappropriate tree planting can lead to the loss of other habitats and land uses, including species-rich grasslands, heathlands and peatlands, it warns.

In particular, it points to the afforestation of peatlands in Scotland in the late 20th century, which in places led to a net increase in GHG emissions as the peat dried out and released its carbon.

The NCC also encourages government to consider natural regeneration rather than planting as a way forward, and advocates more agro-forestry and hedgerows as part of future policy.

This is partly due to the fact the nursery sector does not have the capacity to supply the 90-120m trees a year needed to meet the government’s target of 17% tree cover by 2050.

There is also the risk of bringing in plant disease if the UK increases imports, such as sweet chestnut blight and oak processionary moth.

Better woodland management could also play a greater role, rather than relying on new plantations.

“The Forestry Commission estimated that in 2019, only 59% of English woodlands were actively managed,” says the report. “Bringing the existing tree stock into active, sustainable management should be as important as expanding woodland cover.”

The NCC also considers the best ways of maintaining and increasing soil carbon, including peatland restoration.

“Peat soils are a long-term repository for stored carbon, but when degraded, they are a highly significant source of GHG emissions,” it says, suggesting that 78% of UK peatlands are degraded.

The NCC advises that, in the absence of better data on lowland peat, farming in such habitats is unsustainable and should be halted “to prevent the loss of this non-renewable asset”.

But Mark Bridgeman, president of the Country Land and Business Association, urged caution. “You improve soil by taking good care of it – reducing ploughing and using organic manure, for example,” he said.

“You do not just give up and stop farming the land – particularly at a time when the country is becoming increasingly reliant on high-quality, locally produced food.”