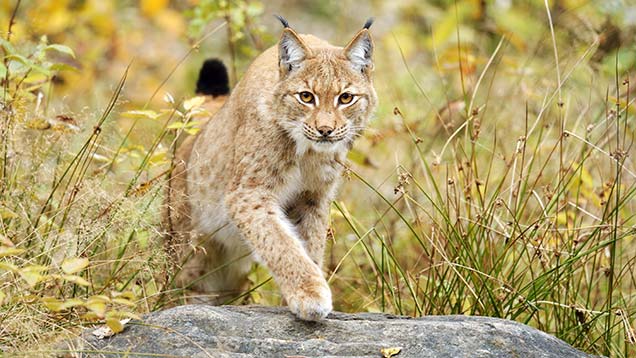 Nine out of 10 people support the release of wild lynx into the UK countryside, claim conservationists.

The Lynx UK Trust says 91% of people back a trial reintroduction of lynx in the UK, with 84% supporting a release within the next 12 months.

See also: Lynx to be released into countryside

The trust hopes to release four to six lynx at each trial site – despite opposition from sheep producers, who fear the animals would threaten their livelihoods.

The National Sheep Association, which opposes the reintroduction, says lynx would lead to livestock predation as the animals target ewes and lambs.

But supporters of the idea claim reintroducing lynx would create rural eco-tourism opportunities and new income streams for those farmers.

The trust said: “Lynx are known to occasionally take sheep from farmers, but all signs are that impact is minimal and can be very easily compensated.”

Any lynx population would increase only very slowly, said the trust. In Germany, for example, it had taken about 20 years for lynx numbers to increase from 30 to 100.