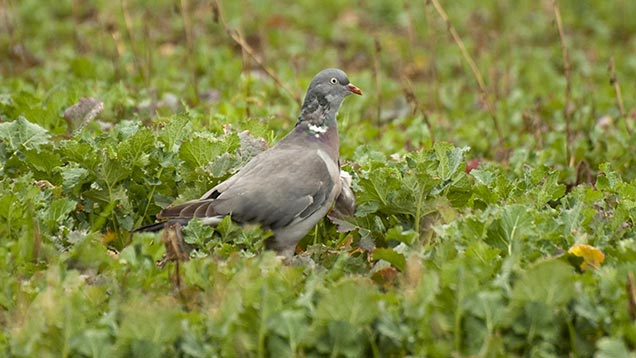 Greedy rats, pigeons and crows are eating more than two-thirds of grain left over winter for struggling farmland birds, according to a new study.

These non-target pests – all of which have seen their numbers rocketing in recent years – ate more than 67% of life-saving supplementary grain provided for farmland birds through hoppers.

But the study, by the Game and Wildlife Conservation Trust (GWCT), suggests radical, practical measures are needed to ensure non-target species are not taking food intended for farmland birds.

“Over-winter feeding can be a costly and time-consuming exercise when pest control is not carried out at the feeders,” said Carlos Sanchez-Garcia, of the GWCT.

“This large-scale study identifies that current feeding practices used by farmers and gamekeepers need to be revised to ensure that mainly target species, and not pests, are the beneficiaries of this important food source.”

For the study, GWCT researchers put camera traps on nearly 260 game feeders containing wheat grain on three lowland farms in southern England in Oxford and Hampshire, during the winters of 2012 and 2013.

Rats photograghed climbing up hoppers to feast on grain

Over this period, more than 160,000 photographs showing the various visitors to the feeders were taken and analysed.

Forty-seven individual species were recorded visiting the feeders, of which 33 were birds and 14 mammals. Just 10 species accounted for 90% of the wildlife appearing in the photographs.

Game feeders are typically placed along or within tall vegetation such as hedgerows.

However, GWCT researchers found these locations are also favoured by brown rats and grey squirrels or by species associated with hedgerow and woodland cover such as crows and pigeons.

Therefore, researchers would recommend that feeders are placed along hedgerows when efficient control of rats is maintained – and only place feeders in open fields when no efficient rat control is carried out.

A regular change of the feeder location, every seven to 10 days, is also recommended to reduce the impact of rodents and other unwelcome visitors.

Dr Sanchez-Garcia added: “Putting in place techniques that ensure our declining farmland birds benefit the most from this practice is therefore a vital factor in the continuing effort to reverse the declines of some of our most vulnerable bird species.”

The study, Supplementary winter food for gamebirds through feeders: Which species actually benefit?, is published in the Journal of Wildlife Management.