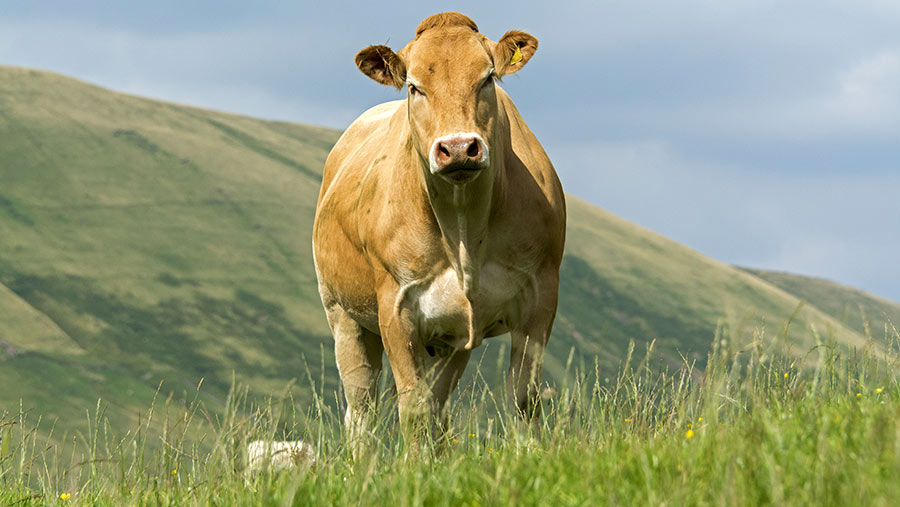 Ruminant livestock are being unfairly castigated by the anti-meat lobby in the debate on climate change, whereas they should be seen as part of the solution.

According to Prof Michael Lee from Rothamsted Research, the way greenhouse gases are measured and their contribution to global warming assessed is flawed.

“The International Panel on Climate Change metric of ‘carbon dioxide equivalent per kilogramme of product’ [CO2eq/kg] is the standard metric used for sustainability.

“It has been undermining red meat production for some time,” he told the NFU/Sustainable Food Trust conference on 5 July.

Treating methane (CH4) and nitrous oxide (N2O) in the same way as carbon dioxide (CO2) was too simplistic.

“Yet, classically, this is the comparison that we see when we look at global warming potential per kilogramme of product.”

The result was that the impact of methane on global warming was overstated.

Prof Lee also explained that, while ruminants do give out methane and are carbon inefficient, it was more relevant to look at their impact on global warming in terms of nutrients provided to the consumer, rather than kilogrammes of meat produced.

But researchers at Rothamstead had looked at all the nutrients and micronutrients delivered by different types of meat to produce a “nutrient index”.

Taking this into account when looking at the global warming potential of different meats, Prof Lee explained that, in terms of CO2 equivalent per unit of nutrient available, then beef outperformed chicken and pork by a considerable margin, due to its higher nutrient density.

For example, it was important to consider the amount of land needed to produce food.

“Ruminant livestock is typically hammered on this metric, because it needs a large amount of land to produce a small amount of food,” he said.

Rothamsted had conducted an analysis to see how much arable land growing crops was needed to produce 100kg of different meats, with beef and lamb actually needing far less area than chicken and pork.

The two ruminant species performed even better when this arable land use requirement was expressed in terms of nutrients delivered.

In general, arable land should be used to grow crops to feed humans, while livestock should be used for grazing land that was not suitable for crop production, said Prof Lee.

But animals also had a crucial role to pay in terms of soil health, so including grass leys and livestock farming within arable rotations, especially in the east of England, where soils were at their most denuded, made sense.