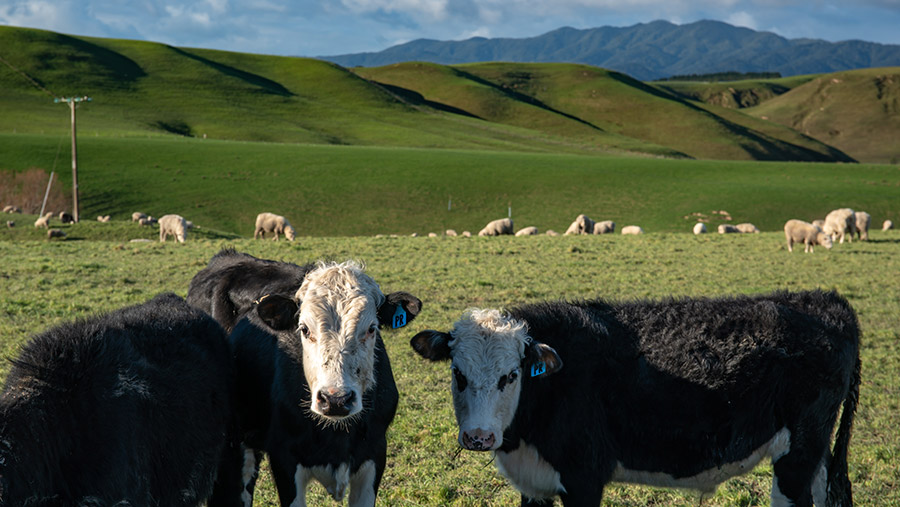 The New Zealand government has clashed with a scientific paper funded by the country’s red meat levy body that claimed its sheep and beef farms are close to carbon neutral.

A report from the Ministry for the Environment says carbon sequestered on New Zealand’s beef and sheep farms is 63% lower than that stated in the peer-reviewed Auckland University of Technology (AUT) study that was published last year.

The ministry said this is because carbon losses from vegetation and drained soils were factored in and “more appropriate” sequestration rates for natural forest and scrub/shrub were used.

How the figures compare

This would offset 63-118% of the sector’s gross agricultural emissions, it said.

But ministry figures calculated the farms are a sink for only 5,487Kt of carbon equivalent/year. This accounts for just 33% of farm agricultural emissions.

‘We stand by the research’

Defending the AUT work, Beef and Lamb New Zealand chief executive Sam McIvor stressed that it was the importance of on-farm sequestration that was key, not the numbers.

“While there are differences in some of the methodologies the ministry used in their report – particularly their netting-off of all harvested forest that doesn’t take into account the replanting and additional new planting we know is happening – it reinforces the importance of on-farm sequestration.”

The ministry concluded: “This report provides a robust and up-to-date estimate of the net emissions and removals occurring on sheep and beef farmland, using the best available current data.”