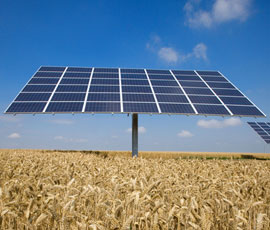 Almost one third of farmers in England and Wales will be involved with some form of renewable energy production, use or supply by the summer, according to new research.

The survey of more than 400 farmers by the NFU and NatWest found that one in five would be producing clean electricity, one in six would have installed solar PV and a further one in eight would be using or generating renewable energy.

Planning permission remained the biggest barrier to renewable energy projects, while one in three said access to finance was a possible issue and a quarter said finding the right information was difficult.

“The potential of land-based renewable energy to support profitable farming, while contributing to energy security and the low-carbon economy, is evidently much greater than we ever imagined,” NFU chief renewable energy adviser Jonathan Scurlock said.

It suggested agriculture could make a significant contribution to the UK target of producing 15% of energy from renewable sources by 2020, as set by the EU Renewable Energy Directive.