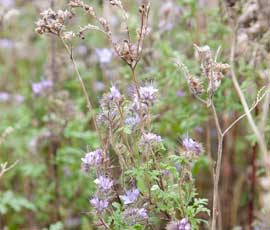 A dramatic fall in the current total area of uncropped land in England has been revealed in the latest DEFRA survey on the Campaign for Farmed Environment (CFE).

The latest DEFRA report shows a significant reduction in the proportion of farmers who said they left cultivable land out of production in the 2011-12 cropping year.

The total area of uncropped land (excluding land within agri-environment agreements) in the current crop year in England has fallen to 82,409ha from 130,374ha in 2010-11.

The Campaign to Protect Rural England (CPRE) said the survey on the CFE, which was conducted in mid-February, showed it “continues to fall short of expectations”.

“Crucially, it (CFE) is failing to achieve one of its core purposes – retaining and increasing the area of uncropped land to maintain the environmental benefits of the now abolished set-aside scheme,” said Ian Woodhurst, CPRE’s farming campaigner.

Jim Egan, chair of the CFE delivery group, said the decline was “disappointing”.

Following a review, the government is due to decide on the future of the CFE later this year.

The CPRE is calling for the review to address three key areas of concern, including how the CFE could ensure all farmers help improve the environmental quality of England’s farmed environment.

“While many farmers are doing good things through the CFE, they continue to be let down by others who appear unwilling or reluctant to play their part,” said Mr Woodhurst.

The CPRE is demanding a “rigorous appraisal” of whether the voluntary approach of CFE has provided “better value for money than a mandatory requirement for all farmers, taking into account all the costs expended by the organisations involved”.

It also wants to know how the CFE will work alongside reforms to the Common Agricultural Policy (CAP), which aims to deliver more for the environment.

The CPRE said it remained “sceptical” that a voluntary approach will ultimately be as effective as a compulsory scheme that would require all farmers to put a small percentage of their land into environmental measures.

“DEFRA has put around £1.5m of public money into the CFE and it has to rely on government agencies and farming and wildlife organisations to persuade farmers to pitch in and publicly-funded green farming schemes to deliver its aims,” it added.

“The partner organisations involved have contributed enormous amounts of time, money and effort to try to make the CFE work. Yet surveys suggest a hard core of farmers are still unwilling to participate.”