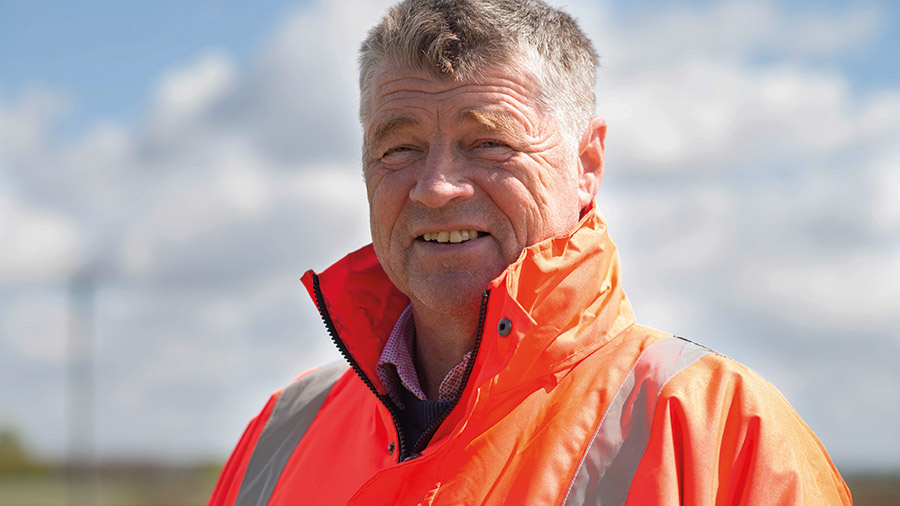 Robert Moore has made it his goal to leave his 356ha arable unit in a better condition than when he took it on in 1988.

He and his sister Janet grow wheat, barley and oilseed rape, as well as running an agricultural plastic recycling plant at Barff Farm, Lincolnshire.

In the 1970s, all the hedgerows and most of the trees on the farm were ripped out to create more farmable area, something Mr Moore is working hard to reverse.

See also: Webinar: The right trees in the right places

He has planted 5ha of woodland on the least productive arable land – taking land drains into consideration – and 3km of hedges, with plans for more.

He planted his trees in waves for visual effect, but in future would put straight lines among them so they could be irrigated in the early growth stages.

Mr Moore has also put 81ha of permanent grass down and has linked this up with the trees and the on-site reservoir to provide biodiversity-rich wildlife corridors.

He reintroduced sheep and cattle to the farm for the first time in 60 years. “I might take up some pasture for the arable rotation but it will be down for five years minimum,” he said.

“If carbon credits on trees can be traded, this would encourage farmers to grow them and discourage them from removing them”, said Mr Moore.

“But you need to recognise when things need to change; environmentally, economically and visually. The environment cannot wait for us to make a positive change – I need to do the job now.”

Watch the video of Robert Moore explaining how he increased trees and biodiversity on his farm.

Lloyds Bank and the Woodland Trust are pleased to be working with Farmers Weekly to support farming and agricultural businesses to get the right trees in the right places.

Trees and hedgerows don’t have to put your business in the shade – planting the right trees in the right places can offer environmental benefits and give you opportunities to diversify.

Find out more at woodlandtrust.org.uk/lloydsbank