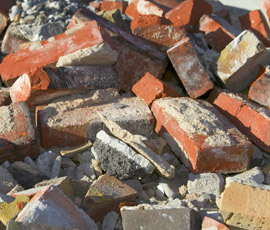 Farmers could face prosecution if they fail to comply with new rules on handling waste, industry leaders have warned.

Farm-based exemptions registered before 6 April 2010 are set to expire on 30 September 2013.

Unless farmers are registered under the new system before this date they could face fines if they are caught carrying out a range of common farm activities. These include:

The NFU urged farmers to register as soon as possible, adding that less than half of farmers in England had done so by 13 September.

“We have also heard feedback suggesting that both paper and online registrations are extremely time consuming.

“In some cases it has taken days to complete the paper application process, so we are urging farmers to make a start quickly.”

The Farmers Union of Wales also called for farmers to act.

FUW land use and parliamentary committee chairman Gavin Williams said: ” We are calling on farmers to register their farm waste exemptions with Natural Resources Wales (NRW) before the deadline on the last day of this month.

“When the regulations were first introduced, the industry was assured registration of exemptions would be a one-off exercise.

“Unfortunately, despite our repeated representations, changes to legislation now require exemptions to be re-registered on a three-year basis,” Mr Williams said.

“Some of the new exemptions are almost identical to the old ones, some are similar and some are completely new and cover activities such as reusing, treating and disposing of waste, burning hedge trimmings and the use of clean builders’ rubble in the foundations of a new barn or shed,” he added.

Over the summer NRW has sent about 14,000 letters to farmers in Wales advising them to register online as early as possible.

“FUW county executive officers have also been offering to help farmers register exemptions and it is extremely important for farmers who undertake these waste activities to either register for an exemption or apply for a permit before the end of September,” Mr Williams added.