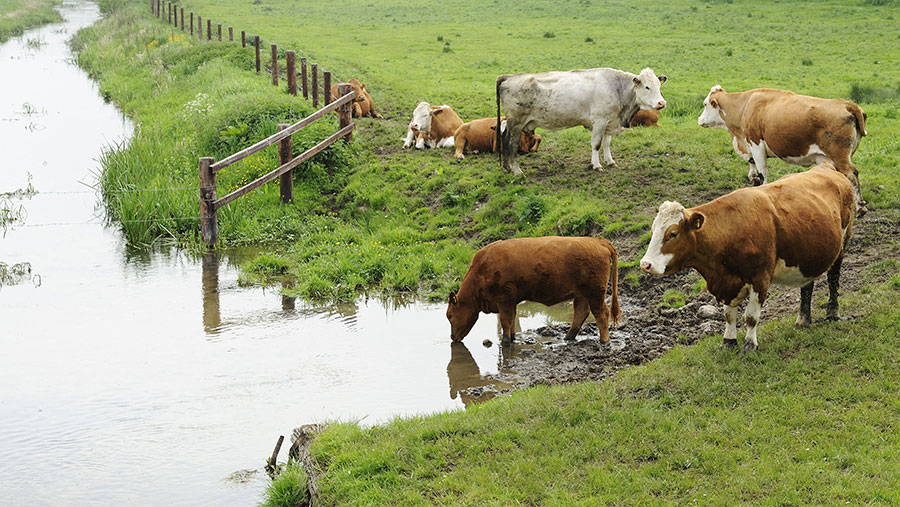 Environmental officers are working with 48 farms on Anglesey to rule out livestock bacteria and excrement as the possible cause of poor-quality bathing water at a popular beach.

Cemaes bay on Anglesey is the only beach in Wales to be rated as “poor” following bathing water-quality tests carried out by Natural Resources Wales (NRW).

The farms in the catchment of the river Wygyr, which flows into the sea at Cemaes, are now being investigated and the river will be fenced off to prevent cattle from accessing the water.

But Gavin Williams, who farms on Anglesey and is chairman of the Farmers’ Union of Wales’ land use committee, said farming is just one of several possible sources.

Site works for the proposed Wylfa Newydd nuclear plant are also being investigated, as are the septic tanks of residents living near the river.

Mr Williams, a sheep farmer, said he was unaware of any pollution incidents from agricultural sources on the river Wygyr.

“Suspected agricultural contribution to diffuse pollution is complicated by interaction with other sectors, such as domestic sewerage discharge and accidental spillages,” said Mr Williams.

He feared agriculture was being unfairly singled out, adding that cross-compliance rules ensured farmers operate to the highest environmental standards.

The on-farm investigations will focus on storage facilities for slurry and other pollutants.

“We’re investigating these one by one, as are our partners at Anglesey Council and Welsh Water.”

NFU Cymru believed this was the right approach.

“Enriched nutrients in rivers is often a complex issue, so we agree with NRW’s approach to do a thorough investigation of potential sources,” said a spokesman.

This would ensure correct and proportionate mitigation measures could be put in place if needed.