Is Britain better off in or out of the European Union? With less than three weeks to go until polling day in the  referendum, Farmers Weekly has invited two of the most vocal participants in the debate to set out their views.

Peter Kendall, a former NFU president, argues the case for the UK staying a member of the union.

On the other side of the fence, Michael Seals of the Farmers For Britain campaign counters with an argument in favour of a British exit, or Brexit, from the EU. 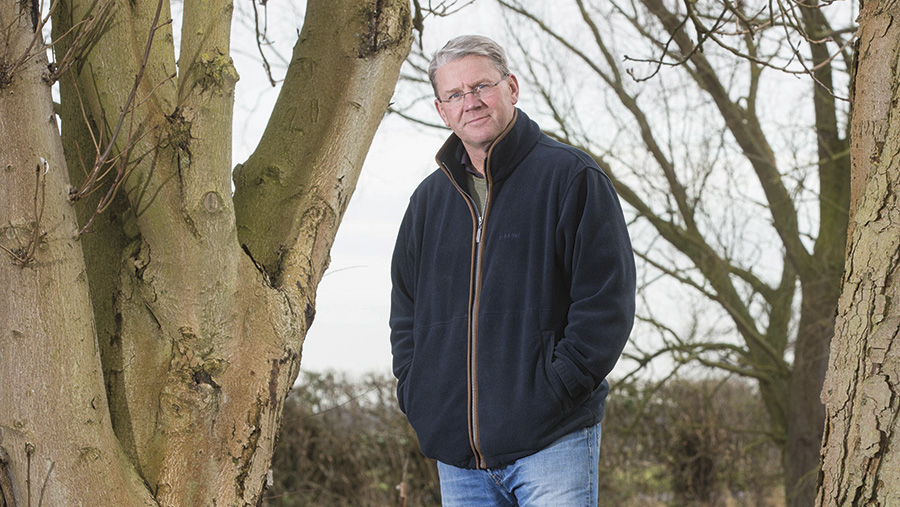 I am convinced that, for farmers and those building a career in agriculture, staying in the EU means more opportunities and fewer risks.

For UK farmers in the single market, this means 500 million of the world’s richest consumers on our doorstep who can buy our great British produce free of tariffs.

This market is important in setting the price we receive, but equally importantly, we also have common standards.

See also: Your letters on the EU referendum debate

That means our militant French colleagues cannot keep our lamb or any other product out.

Brexiteers argue that “they need us more than we need them”.

It’s not that simple.

Nearly 50% of what we export goes into the EU market, yet less than 8% of what the rest of the EU exports arrives in the UK.

For agriculture, 73% of UK exports go to the EU. I remember only too well how the foot-and-mouth disease outbreak stopped exports and how the price of lamb fell dramatically overnight.

No one can guarantee tariff-free access for our products into this vital market, so let’s be crystal clear: any tariff or an increase in the cost of trading will come straight off the farmer’s bottom line.

Let’s also take a look at the trade aims of those advocating Brexit. Michael Gove, secretary of state for justice, recently noted that a big selling point of leaving the EU would be cheaper food; yes, cheaper food.

We all know who really pays for cheap food – farmers, rural communities and our unique environment.

Thankfully, EU agriculture commissioner Phil Hogan knows, for example, that the EU beef industry would be devastated if South American beef was allowed unlimited into the EU free of tariffs.

I know Mr Hogan will defend the EU beef industry to the hilt, I don’t have the same confidence in the free traders of the Conservative right who can’t wait for unfettered free markets.

I am also not convinced it’s an easy job instantly striking new trade deals around the world.

We benefit from more than 50 such trade agreements; all of these would need renegotiating with very little time to do it.

The important topics in this debate are money and access, so let’s move on to cash.

I have long argued that the future lies in growing markets and less reliance on support payments.

I believe that, if support is to be reduced, it should be unravelled across the EU so that as farmers we don’t face unfair competition from our near neighbours.

So what have the Brexiteers in mind?

The campaign group Farmers for Britain says it will protect subsidies, probably increase them and at the same time abolish cross-compliance.

I have always been nervous of politicians bearing gifts, and even more nervous when I’m told the cheque is in the post. We would all be wise to see through this.

There’s a need for a reality check on the “£350m/week” to spend if we leave claim, representing the apparent “cost” of our EU membership. After Margaret Thatcher’s rebate, the regional funds and the money for farmers, this figure is actually £153m at best.

Promises abound on what this mythical £350m a week will be spent on – the NHS, a rebate on council tax, the list goes on. It sounds to me like farming would be at the bottom of a big pile of other priorities.

Finally, let’s look at the promised bonfire of regulation. We must face facts. We live in an urban country and politicians are dependent on votes.

Add in strong pressure groups in the UK and its clear we actually get a tougher time than most of our EU colleagues. The UK government has a tendency to “gold plate” legislation.

The UK is the only country in the EU to protect badgers. The UK banned stalls and tethers early, halving our pig industry.

The UK has lower stocking densities for chickens than what is permitted by the EU.

This government is supportive of farming yet has to listen to an urban majority, and that doesn’t always give us the right results.

Being a member of the EU with countries that are more rural, who place a higher value on their farmers and go into bat for them in global trade talks, is emphatically good for UK farming.

I remain optimistic for British agriculture.

Demand for food is growing. We produce some of the highest quality food in the world. By remaining in the EU and working with our neighbours we can strike new trade deals that will open up tariff-free exports to exciting new markets, as well as cushioning us from the extremes of volatile global markets. 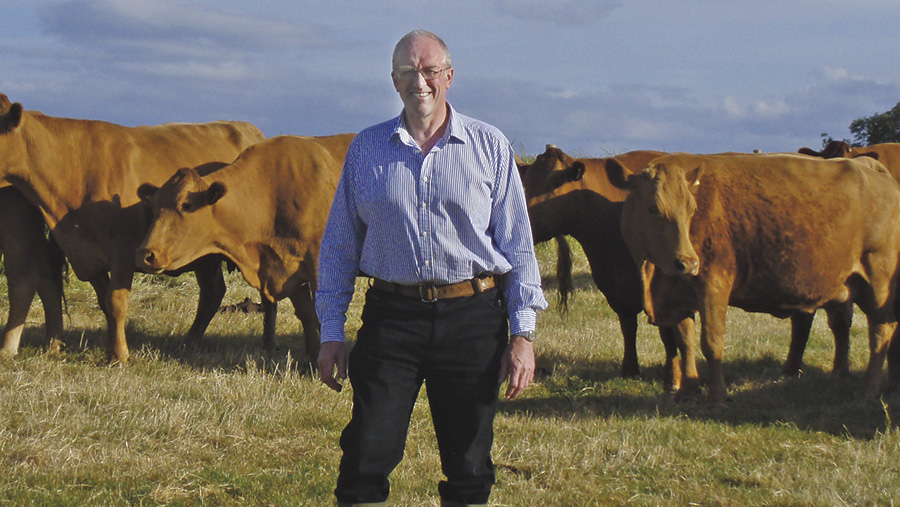 The Brexit referendum is a momentous event, a once in a lifetime choice that will affect our industry more than any other. We’ve had debate with few facts, but a lot of emotion.

There are good points about being in a market of 500 million, however the EU belongs to a bygone era as the world opens up. Future growth will come from countries such as China, a country of 1.36 billion people, and a world market of 7.1 billion.

World trade has grown, there is an interdependency between nations. Look at your cars or tractors, they owe nothing to one country or even the EU, they are world products produced by global companies.

The CAP itself was generous in the past to UK agriculture, but that generosity is quickly diminishing with increasing interference, bureaucracy and inflexibility in a system that limits the power of the UK government and ministers to do anything but try to influence outcomes.

The Remain camp cites the benefits of common standards.

But ask the pig and poultry industries if they feel standards are applied equally across the EU? While the system remains there is one rule for all, which is perfect for none.

This really is your decision. A vote to leave will mean changes for UK agriculture, but  the alternative is to remain mired in an ever-decreasing support system riven with bureaucracy.

What will a UK agricultural policy look like when we leave?  David Cameron has clearly stated, “the UK government will continue to give farmers and the environment support”.

But, Mr Cameron will not be PM beyond this parliament.

My vision for our industry outside of the EU is a thriving world leader, unfettered by bureaucracy, yet supported in ways that encourage innovation, competitiveness, youth and investment.

When we leave, the big issues to deliver that vision will be trade and support.

We will inevitably maintain trade.

Many outside countries trade with the EU. Last year, we exported more than £11.5bn worth of food to the EU, but we imported food products worth about £31bn.  We have an annual trade deficit with the EU in food.

This is part of more than half-a-trillion pounds worth of trade back and forward between the EU and UK, leaving Britain with an overall deficit.

There is no benefit to any country for this to stop, but trade changes all the time, and that will happen whether we are in or out of the EU.

Success will be having a product that is demanded at a price that is competitive.

In terms of support, this is a greater unknown.

We all know government is short of money and has priorities beyond our industry. The Treasury and others could see this as an opportunity to save more by cutting agricultural support.

But farming unions and the devolved administrations will all have an input; there will be a UK agricultural policy.

The challenge will be to find new ways of supporting this industry as it develops and grows away from the stifling bureaucracy and declining area payment which will continue should we stay in the EU.

What could a future support system consist of?

First, government must continue to invest in science and innovation, to give us the technology for success.

Second, farming has always been a risky business because of the weather and price volatility. I see opportunities for government generated insurance schemes, such as those in Canada.

Third, an area payment based on environmental measures, possibly broadened to include animal welfare, but one which is simpler and more rounded.

Fourth, marketing, our biggest issue in sectors such as the dairy industry. Developing a government-sponsored marketing body alongside USA-style marketing orders will pave the way to a better future.

All this is possible, only if we leave. Change will come gradually and will transform UK agriculture.

If we look at ourselves as an industry today, the CAP provides billions in direct payments and bureaucratic grant aid through Rural Development Programme for England, yet none of it is working.

We are struggling drastically across almost all sectors.

To take control of our future we need a vision and ministers with their civil servants to start thinking policy ideas through from first principles.

Then we can deliver the change British farming needs.

Voting to leave will mean change, and yes, our industry will be affected. But in five years’ time the only question people will ask themselves is why we didn’t do it sooner?

Don’t listen to the fear mongers, the only fear in voting to leave is fear itself.