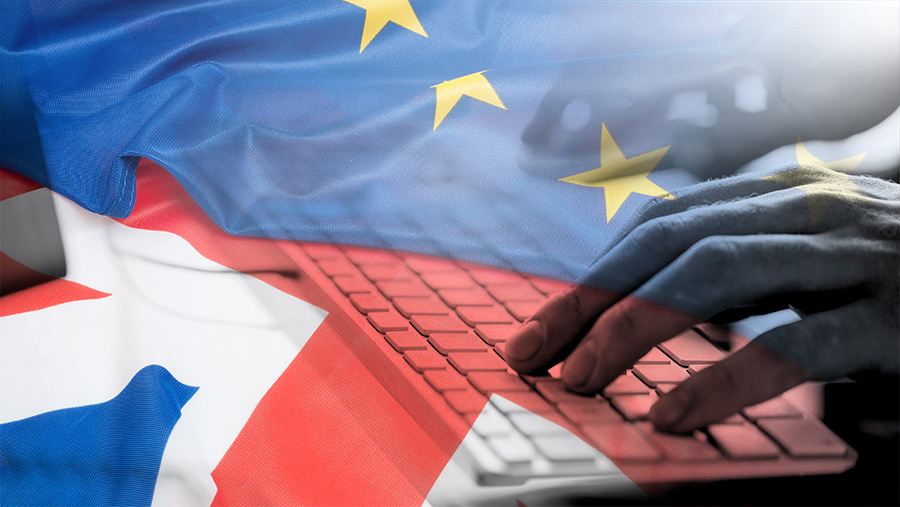 Love it or loathe it, regulation is a fact of life. But will things be better or worse for farmers outside the EU?

Farmers Weekly quizzes both the in and out campaigns to discover whether they believe quitting the EU would mean less form-filling and bureaucracy for farmers or if some of the administration might continue even without the influence of Brussels.

The primary role of farmers is to produce food, not fill in forms, which is why swimming against the tide of Brussels bureaucracy is so frustrating.

An exclusive poll of farmers and landowners carried out by Farmers Weekly revealed many find the excesses of EU red tape by far the biggest factor influencing their voting decision in the upcoming referendum on 23 June.

However, the same poll found some did not think a vote to leave would make much difference to the level of regulation affecting their businesses. But are they right?

A common theme that runs through studies analysing the effect of a Brexit on agriculture highlights the unknown impact an exit would have on farming regulation.

In his Agricultural implications of Brexit report, Emeritus professor Allan Buckwell notes there are “many regulations currently under EU competence affecting farming and rural businesses”.

He cites a CLA regulatory audit, which lists 31 areas of EU regulation or activity that can affect rural business.

These include EU laws on animal and plant health, biotechnology, pesticides, food safety, drinking water, nature and the environment.

Prof Buckwell says the future of these regulations and directives in a Brexit scenario is “uncertain”. But he warns it would be “most unwise” to think they would no longer apply if the UK votes to leave.

The relevance of these regulatory acts, he adds, would depend on how closely the UK, outside the EU, aligns itself to the single market, which gives British farmers free access to 500 million consumers.

The CLA’s Leave or Remain report says the most likely outcome of Brexit would be the “transposition of most EU regulations into UK law” and any changes would be “incremental and over the long term”.

Meanwhile, Yorkshire Agricultural Society’s Brexit report concludes: “The regulatory burden might not be reduced as much as farmers might hope and in any event would take some years to achieve.”

Brexit supporters insist that, outside the EU, Britain could slash regulatory costs and free up farm businesses from the shackles of Brussels bureaucracy to allow the countryside to flourish.

Farm minister George Eustice, a leading voice on the Farmers for Britain pro-Brexit campaign, claims some 80% of legislation affecting Defra comes from the EU.

Mr Eustice says he wrestles with “insane European legislation every day”. But if the UK leaves, it could “take control” of its regulatory framework on farming.

In addition, he says a Brexit would save taxpayers an estimated £100m/year in disallowance penalties for breaches of EU scheme rules.

Mr Eustice maintains it is “unfair” to blame civil servants for “gold-plating” regulation, which he argues is “added by EU auditors”.

Outside the EU, Britain could decide its own regulatory framework, notably on genetically modified (GM) crops, to embrace innovation and free itself from the EU’s “museum world of farming”.

What the ‘remain’ campaign says

The UK government might be able to develop a national policy on GM crops, but it would first have to overcome strong opposition in Scotland, Wales and Northern Ireland.

“At any rate, if we did grow GMs in England we would not necessarily be able to sell it to Europe,” Sir Jim says.

Continued access to the single market would still require the UK to meet EU regulatory regimes, he points out.

To trade with EU member states, the UK would still have to comply with the plethora of farming regulation enforced by Brussels, including chemical, animal health and environmental legislation.

Also, outside the EU, the UK would have no seat on the European parliament’s agriculture committee – and therefore no say in the decision-making process.

Sir Jim claims the problem of gold-plating regulation stems not just from Brussels, but from civil servants and politicians in Whitehall too.

“The inclusion of hedgerows in the mapping process is one of the factors that has complicated the Basic Payment Scheme, again imposed by the UK government,” he says.

Also, the past record of UK governments, heavily influenced by green lobby groups, shows they often adopt policies considered to be “anti-farming”.

“Defra’s refusal to allow an NFU derogation on neonicotinoids proves that, even when the British government has scope to reduce regulations, they don’t necessarily do so,” he says.

Following a Brexit, agricultural policy would be shaped by all sorts of British governments, of different colours and political persuasions, he adds.

“If we have a government where the ministers are urban and either have a lack of knowledge or are anti-progressive farming, then the regulatory burden might be 10 times worse.”