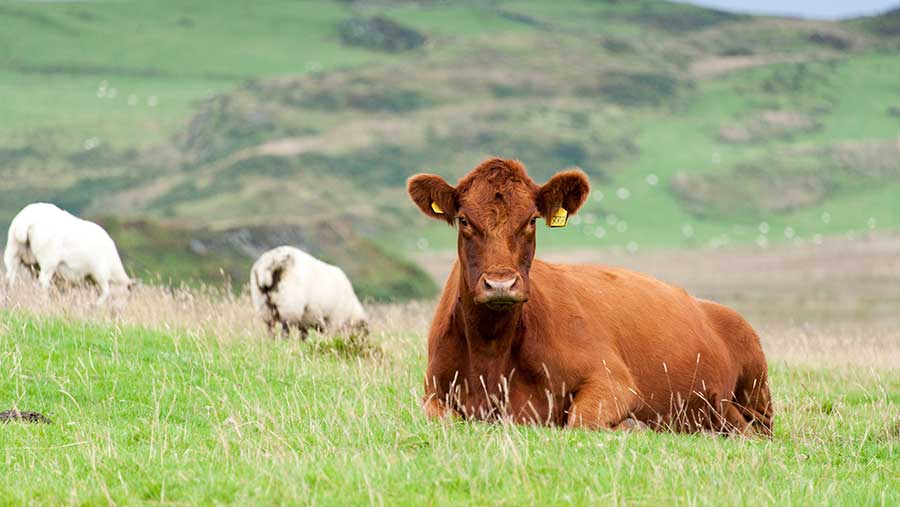 Beef farmers in Scotland will be hit hardest if the UK government fails to secure a trade deal before leaving the European Union, warns a new government report.

The Scotland’s Place in Europe: People, Jobs and Investment report explores potential outcomes for the country’s economy when Britain exits the EU and says a “hard Brexit”, or leaving the EU without a trade deal, would cost the country about 8.5% of GDP, the equivalent of £12.7bn/year.

The Scottish government paper also refers to an external study, which suggests the beef production sector would be “particularly adversely affected” by a hard Brexit.

A 2017 report by Quality Meat Scotland said beef production makes up 27% of total farm output, making it the “single most important enterprise” in Scottish farming. Currently, 94% of the UK’s beef exports go to the EU.

However if Scotland did not have free access to the EU, exporters would face a tariff rate of 92% on a beef carcass, in comparison with 45% on a lamb carcass and 53% for a pig.

The report also says the loss of subsidies will be a “significantly greater issue” for Scotland than for other parts of the UK, with the country currently receiving 16% of the UK’s share of EU’s Common Agricultural Policy (CAP) funding.

Scottish first minister Nicola Sturgeon’s foreword reminds readers that the Scottish people voted “decisively” to remain in the European Union, by 62% to 38%.

She said the UK and Scotland must stay inside the single market and customs union and the number one priority was securing a position in that market, a belief shared by NFU Scotland.

Andrew McCornick, president of the union, said: “We understand the UK government will seek to devise a free-trade agreement with the EU. This must allow frictionless, unfettered and barrier-free access to EU markets.

“It is vital that the agricultural and food processing industries – the cornerstone of the largest manufacturing sector in Scotland – continue to be able to access workers from overseas.”