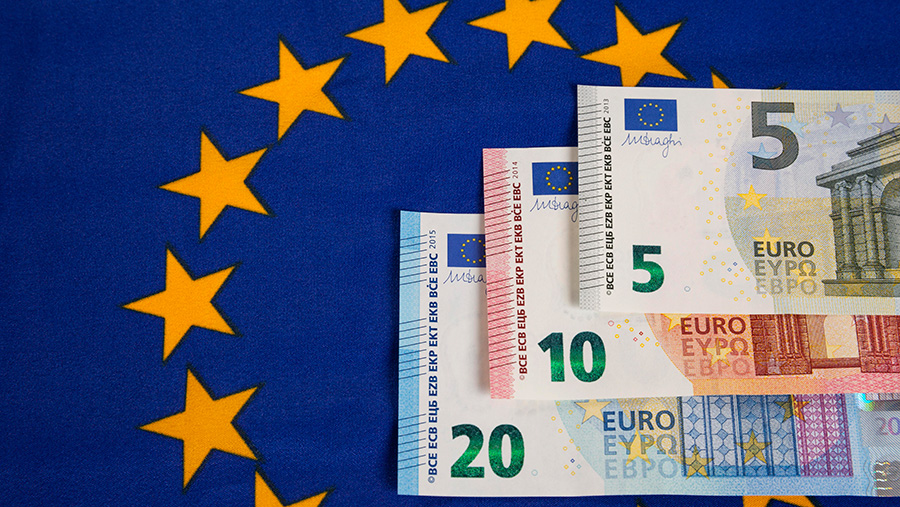 In such an uncertain political and economic situation, there are a few key factors farmers can watch for an indication of how things might go in the economy.

A huge amount still depends though on what happens next politically. It would seem neither the government nor the Leave side have a plan.

Whether we eventually leave the EU and how that might look is clear as mud.

See also: Brexit analysis: The path ahead for farming

Until then, here are five areas to watch, which might help make sense of things:

The Bank of England’s Monetary Policy Committee (MPC) is due for its next regular interest rate meeting on 14 July. It uses interest rates to manage inflation, currently at 0.3% but with a target of 2%.

The bank could reduce interest rates to stimulate the economy, or raise them to bolster the value of the pound.

A weak currency promotes exports but leads to higher inflation because what we import becomes more expensive. If inflation threatens to rise above what is considered an acceptable level, the bank may raise rates to counteract this.

However, raising base rates would add pressure to an economy weakened by the result of the vote.

In the money markets, there was widespread talk of no move in rates at the July meeting but a likely reduction of up to 0.5% to bring the base rate down to zero at the mid-August meeting, said Jeremy Cook, chief economist at World First, specialist in international currency and money transfer.

Following the vote the pound lost almost 10% against the US$ on Friday, 24 June, recovering to about $1.32 by lunchtime today.

It initially lost about 8% against the euro, falling to a 52-week low of €1.19. Since then it has stabilised to just above €1.2 but the euro has also lost ground against the dollar.

Markets expect the pound to weaken further against the euro.

This would bolster the value of the Basic Payment and the competitiveness of grain and other UK exports.

However the value of the pound against the US$ is also forecast to fall, making imported inputs such as fertiliser, soya meal, maize and oil more expensive.

The impact on spending behaviour generally will be immediate – people will spend less and save more. This is not necessarily good news for spending on food (see below).

People perceptions about economic prospects have been hit and they are now worried about their personal finances, job security and how inflation might affect their mortgages, says Mr Lim.

“It’s not all doom and gloom though,” says Mr Lim.“Reactions so far have been knee-jerk and consumers have short memories.”

However, chancellor George Osborne said today his plan to increase tax would have to be carried out.

All in all, consumers are very likely to have less money to spend, in the short to medium-term at least.

Food spending tends to be quite elastic – people obviously still need to eat, but experience tells us that when under pressure they will often cut back on food spending.

As a result of the 2008 recession and consumer cut backs, the UK’s supermarkets realigned themselves, slashing their margins and prices in a retailer price war, says Clive Black, head of research at retail analysts Shore Capital.

This has left very little room to cut further, says Dr Black, although he says he thinks any further slashing of prices is more likely to be absorbed by retailers or passed to shoppers than farmers.

Farmers and suppliers who have been on the receiving end of squeezing from supermarkets and their suppliers may feel differently however.

When big companies up sticks and move countries, they leave a lot of people without jobs and with reduced spending. This in itself knocks consumer confidence (see above).

On Monday (27 June), the director general of the Food and Drink Federation, Ian Wright said he knew of at least three major food manufacturers which were now starting to plan an exit and were in the process of informing their staff.

Ryanair said it would concentrate all its investments on the EU and Richard Branson said a third had been wiped off the value of his company, Virgin, leading to a cancellation of a deal that would have meant the creation of an additional 3,000 jobs.