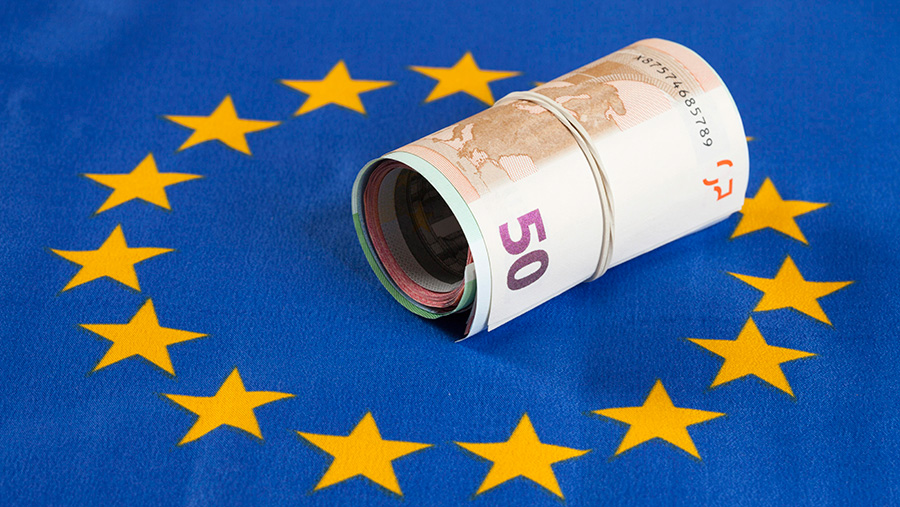 With the dust yet to settle following the UK’s decision to leave the EU, Farmers Weekly has invited Alan Matthews, one of the leading academics on European farm policy, to share his thoughts on the path ahead.

The British people have expressed the wish to leave the EU in last week’s referendum.

There will now be a long period of uncertainty, because no one knows for sure how the process will work.

A member state has not tried to leave before, so it is an unprecedented situation.

We assume the new UK government to be formed after October will trigger the Article 50 process, which starts a maximum two-year period for the withdrawal negotiations.

Even after a new government is in place, it may need some months to decide what its political strategy will be.

Withdrawal is not only about leaving the EU, and tidying up all the loose ends. (What will happen to UK employees in the European Commission? Who will pay their pensions? Which farm payments in the year of withdrawal would become the responsibility of the UK Treasury. Which would continue to be paid by the EU?)

Withdrawal is also about deciding what trade and other relationships the UK wishes to have with the EU once it is no longer a member.

These are two distinct negotiating tracks with different timelines.

A new Conservative government in October could decide to unilaterally withdraw on 1 January 2017, meaning it would consider itself no longer bound by EU legislation after that date.

But a negotiated withdrawal would likely take longer.

Putting alternative trade and other relationships in place with the EU would take longer still.

More time may also be needed for the UK government to put alternative legislation in place to replace the legislation derived from EU regulations over the past 40 years.

Until withdrawal happens, there is no reason why farmers would notice any changes on the ground.

The UK would have the same rights and obligations as it does now, the same as any other EU member state.

We have heard some bellicose statements from the commission president Jean-Claude Juncker and other leading EU politicians in the past week calling for an early triggering of Article 50 and a rapid exit.

Some leaders seem to hold the view the UK should be given tough treatment in the negotiations on subsequent arrangements, as a lesson to other EU member states which might think of following suit.

Such a stance is petulant and self-defeating.

The EU should seek to protect as much as possible of the free movement of goods, services, capital, people and ideas that currently exists.

This is particularly important for Ireland, which more than any other EU state has most to lose from a Brexit.

Half of Irish agri-food exports and half of its agri-food imports are traded with the UK.

But, even with goodwill, additional barriers are inevitable. That is what exit means.

The UK will withdraw from the customs union and, most likely, from the single market.

This inevitably means additional inspections and paperwork for food companies trading with Europe, even if such trade remains duty-free.

Customs posts will reappear along the land border with Northern Ireland. Higher trade costs will provide some additional protection to the import-competing sectors of UK agriculture, though it will also raise prices for UK consumers and hurt exporters.

The increased uncertainty and restricted access to the EU market will lead to slower growth and lower tax revenues in the UK.

The loss of revenue will far outweigh any gains from repatriating the UK net contribution to the EU budget.

Farmers should not expect a windfall, and the continuation of direct payments on the current scale seems unlikely.

The outlook for farmers in Scotland is particularly uncertain. The divided referendum results may give momentum for a further referendum in Scotland to allow it to remain in the EU, presumably as an independent country.

If this were to happen, the Scots might want it to happen quickly. But voting to remain in the EU is probably not the same as voting to apply for EU membership after the UK withdraws.

Realistically, however, unravelling the Acts of Union between Scotland and England would likely be an even more formidable task than negotiating UK withdrawal from the EU.

The UK government will also make the case that the Scots should know the terms of any future relationship it negotiates with the EU before a referendum on this issue is called.

Those campaigning for Brexit wanted a change. That change is now inevitable and will be far-reaching. But only time will tell what direction it will take.

Alan Matthews is a former Professor of European Agricultural Policy at Trinity College Dublin in Ireland, now living in Copenhagen.