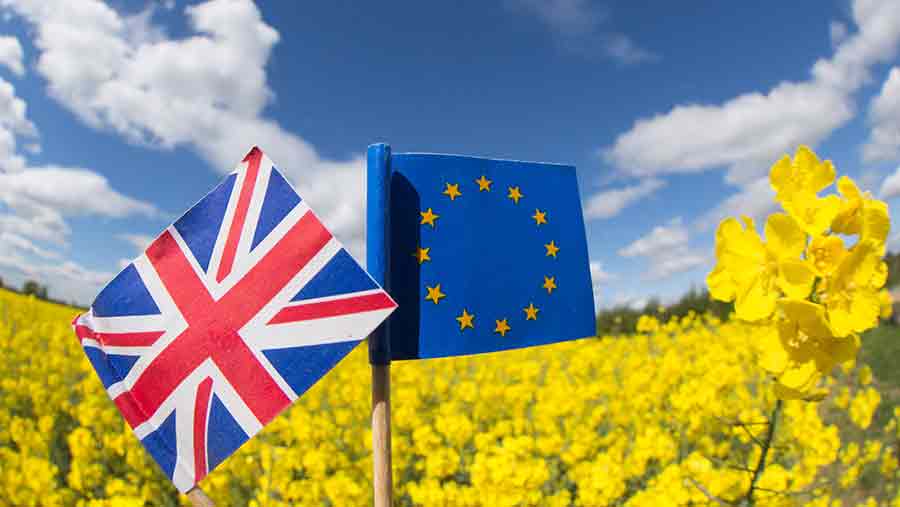 Business confidence among British farmers has slipped to a new low, as uncertainty surrounding Brexit continues to weigh down on the sector.

According to the ongoing NFU survey of over 700 farmers, the short-term confidence index, covering prospects for the next 12 months, fell by 19 points in the year to October to hit negative territory for the first time since April 2016.

But mid-term confidence, covering prospects for the next three years, was lower still, slipping to the lowest it has been since the survey began in 2010.

See also: How confident were farmers 12 months ago?

NFU president Minette Batters said the results painted a very stark picture of the true extent Brexit uncertainty is having on farming businesses.

“The unknowns of our future, from what the trading environment will look like or how farms will have access to a workforce from outside the UK, is making it almost impossible for any food-producing business to plan properly,” she said.

“There will be farmers out there lambing now with no guarantee about what market they will be selling into in three months’ time, let alone a year or two down the line.”

This uncertainty explains why beef and sheep producers are the most pessimistic of all the farm sectors, with a mid-term confidence index of -17, compared with the overall average of -12. (The confidence index ranges from a maximum of +100 to a minimum of -100.)

Mixed arable and livestock farmers are also gloomy about their short- and medium-term prospects.

An analysis of the main issues driving this pessimism reveals farmers are most concerned about the effect of rising input costs, stemming from the weakness of sterling as a consequence of Brexit.

Government red tape, declining economic conditions generally and problems accessing labour are also listed as having a negative effect in the year ahead.

Against this background, 21% of farmers surveyed said they intended to decrease investment over the next 12 months as a result of Brexit.

The decline in farmer confidence is in stark contrast to the situation immediately after the 2016 EU referendum, when the collapse in sterling following the “leave” vote triggered a rise in confidence as commodity prices improved and exports gathered pace.

But this was reversed in 2017, as the weaker pound started to affect input prices – notably feed, fuel and fertiliser.

“Farming is one of the most affected industries by Brexit and we must all remember the strategic importance of food and farming to the nation,” said Ms Batters. “This simply must be recognised in any Brexit outcome, as well as in the Agriculture Bill making its way through parliament.”