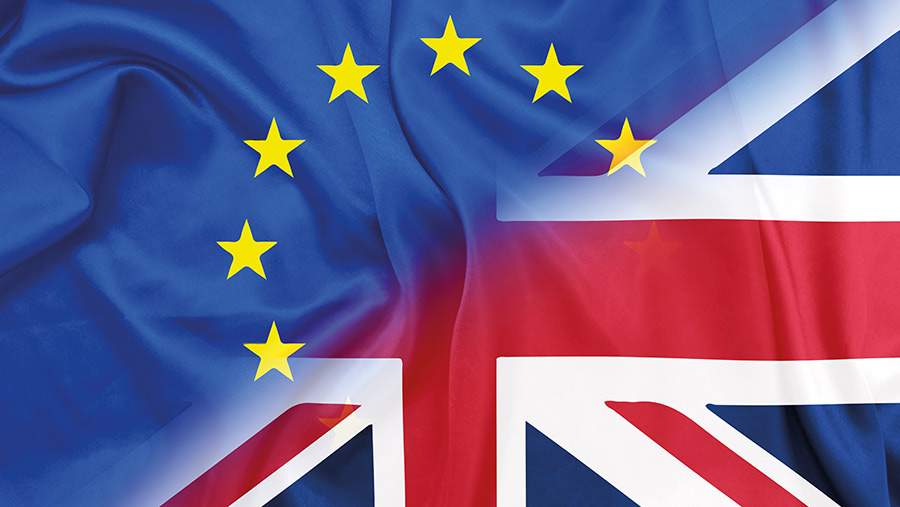 Six years ago this week – on Thursday 23 June 2016 – the UK took the historic decision to leave the EU.

The referendum vote was close – both within the farming community and within the general populace – and emotions ran high. But the decision to leave was taken.

See also: Farmer support for Brexit as strong as ever, FW poll reveals

Much water has passed under various bridges since then, as the UK first negotiated its terms of exit, then set about dealing with some of the more thorny issues this threw up – the Northern Ireland Protocol, cross-border inspections and a new farm policy to name just a few.

So where are we now? To shed some light, we invited two of our regular farmer columnists – Will Evans and Charlie Flindt – to engage in an exchange of letters. To say that divisions remain is an understatement… 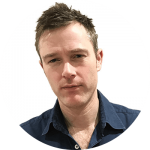 Will Evans farms beef cattle, arable crops and a free-range egg unit in partnership with his parents over 200ha near Wrexham in North Wales. 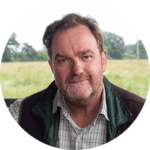 He’s a weekly columnist writing for Farmers Weekly and never fails to raise a few eyebrows and tickle a few funny bones with his hilarious musings about the farming world.

A few months back you wrote a column stating how satisfied you are with the outcome of Brexit, and that you’d vote to leave again.

I found that rather surprising, but what do we traitorous “remainers” know? After all, as you so like to remind us, you and your fellow Brexiters won, and hasn’t it all been a roaring success…

During the Covid-crisis, the NHS was able to massively benefit from the £350m a week that we were previously sending to the EU, just as it said on that famous red bus.

Boris Johnson’s “bonfire of red tape”, promised by our glorious leader, quickly came about, much to our collective delight.

Liam Fox was correct in his assertion that a trade deal with the EU would be “one of the easiest in human history”, and now we’re all reaping the benefits.

Good old Jacob Rees-Mogg said that Brexit would reduce food costs to those with families to feed by 20%.

And as a farmer, I’m so pleased that George Eustice’s pledge that we’d receive “as much support – or perhaps even more” after leaving really came to pass.

Cry hurrah for the Tory Party, Brexit and St George!

Except, none of that happened. It was all a lie, a swindle, a con, put together by a right-wing press, and some of the biggest charlatans this country has ever had the sad misfortune to call a government.

It’s not that I was particularly attached to the EU, or believed it was perfect. It’s just that I didn’t think leaving would help solve our nation’s problems, or be worth the financial cost.

According to the latest Office for National Statistics data, Brexit has cost the UK a staggering £9bn a year so far, or about £173m a week, £25m a day, or just over £1m every single hour.

I’m no economist, but that doesn’t seem much like winning to me.

Many thanks for your letter, but, my word, it seemed cross. I’ll be filing it under “furious letters”, just below the one demanding help because aliens were poisoning the writer’s well.

I’m also confused; who called you “traitorous”? Not I. My experience suggests the abuse flows the other way: I’m a xenophobe, a racist, ignorant, as well as “pale, male and stale”.

And who keeps reminding you about the EU referendum result? Again, not I. I was one of the millions who breathed a huge sigh of relief at 4.40am on 24 June 2016, when a shell-shocked Huw Edwards announced the result.

At last, I thought. It’s over. “Losers’ consent” will kick in. After all, only hours earlier, Lord Ashdown had said: “I will forgive no one who does not accept the sovereign voice of the British people once it has spoken, whether it’s by 1% or 20%.”

Wisdom wasted on modern Lib Dems. The referendum obsessives are those determined to overturn it.

Top tip: politicians lie. Consider this quote: “Never was a government that was not composed of liars, malefactors and thieves.” That’s Cicero speaking, 2,000 years ago.

You also missed the business successes – investment from household names such as Toyota, Nissan and Airbus, London still top for financial services, UK best growth forecast in the G7 – and all reported as “despite Brexit”.

But in all the name calling and lies, there is indeed a huge win. I am no longer a citizen of the EU. I didn’t ask to be one, I was made one, and finally I got to reject the concept.

Spoken like a true-blue Brexiter! Full of deflection, bluster, and condescension, but in truth I expected nothing less.

I will try once more to explain my decision to vote remain. Early in the referendum campaign, I was uncertain. I’d listened to the assertions from both sides of the debate, and really wasn’t sure which way to cast my vote.

But then I thought about the people who were making those arguments and it became very clear to me which way I’d go.

On one side, professional dinghy-botherer, Nigel Farage (a man so dense that light bends around him); Daniel Hannan, former MEP and founder of the Vote Leave campaign; and that clown who’s been sacked twice in his career for lying, Boris Johnson.

On the other, the governor of the Bank of England, various Nobel-Prize-winning scientists and economists, and yes, the NFU.

Which brings me on to how we both choose to make a living. I don’t subscribe to the “I’m alright Jack” mentality when it comes to our industry.

Instead, I look at a pig sector on its knees and see senior ministers making light of it. I see chronic staff shortages on farms and in factories due to EU seasonal workers leaving and nothing being done to address the situation.

I hear of trade deals being struck that make a complete mockery of our high production and animal-welfare standards. And I read about inflation levels higher than any of the other G7 countries affecting each and every one of us.

In the spirit of reconciliation, we can at least agree on one thing – politicians lie. And I must say, your use of that Cicero quote was extremely well-placed and accurate.

But here’s a somewhat less refined one for you, which I think perfectly sums up the folly of Brexit and how it’s turning out for the people of this country:  “Don’t piss down my back and tell me it’s raining.”

I’m very sorry that you interpret counterargument as “condescension”, consider political figures who don’t share your opinion worthy of nothing more than invective, and take my explanation for the way I voted as “pissing down your back”.

But we do, again, have common ground. I, too, studied the “leave” arguments, from Farage, Hannan, Boris and more. (You missed Putin, Dyson and Banks off your list.)

I also listened to the arguments from the fanatical pro-EU side, too: the BBC, academia, most of the political establishment, the civil service and, of course, the NFU.

And then, in my booth in Bramdean Village Hall, I ignored all of them.

I thought about all the small farms that have vanished under the CAP – rural businesses that once supported multiple families, not to mention miles of hedges now vanished.

I thought about subsidies supposedly destined for farmers which often ended up in city offices. And I remembered the terrible state this farm was in in the late 1990s after BSE.

Those claiming the CAP has been a continuous bed of roses for farming are guilty of the rose-spectacled nostalgia that we Brexiters are routinely accused of.

Then I thought of the charade of European parliamentary elections – choosing ranks of impotent MEPs who are all but unknown by their “constituents”.

And I thought of the lack of votes cast by EU citizens for the real lawmakers – the EU Commission.

Then I thought of the power of a Private Members Bill. One person takes their case to their MP. The MP takes it to Westminster and can make or change a law. It’s rare, but it happens.

I know such an attitude to political representation is deeply unfashionable, but I like my little Bramdean booth, and I want my children to appreciate its significance.

So I checked the hall once more for pesky Russians – found none –  and voted “leave”. And we won. Did I mention that?