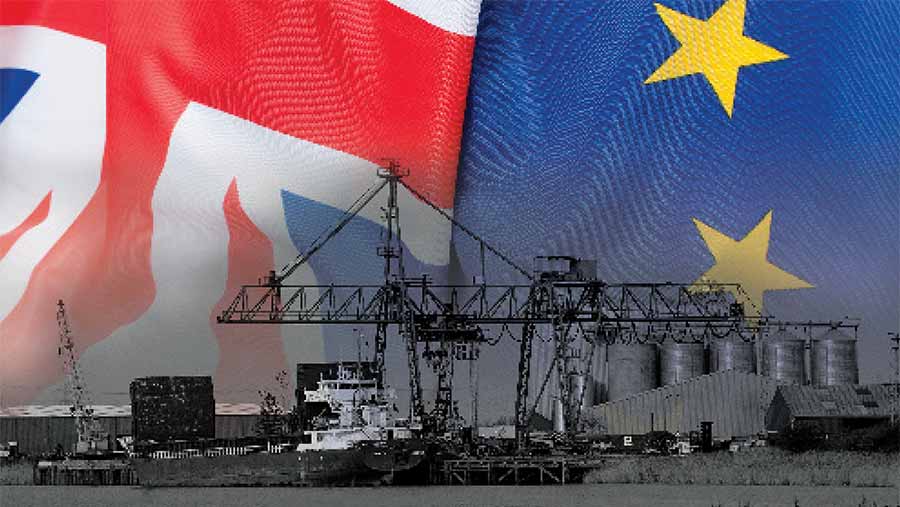 Britain has voted to leave the European Union and the historic decision will have seismic implications on the agricultural sector.

Prime minister David Cameron said that in the event of a Brexit vote, the UK government will invoke “article 50” of the Lisbon Treaty, which makes provision for member states to leave the EU.

However, it is widely mooted that the changes to our relationship with the EU will not happen overnight and it will take at least two years for the terms of exit to be agreed.

During the EU referendum debate, Farmers Weekly analysed the key issues, covering trade, subsidies, red tape and labour to provide readers with an independent perspective of what a Brexit might mean for UK agriculture.

Now that the decision to leave the EU has been taken, what does the future hold?

Over the next two years, the UK government will negotiate a new trading relationship with the EU.

Defra and other government agencies will be pushing hard to establish a tariff-free trading arrangement to continue to allow UK food and farming businesses to trade freely with EU member states.

However, although the UK currently has a large trade deficit with the EU, there are concerns that member states will not take too kindly to the UK’s decision to leave the union and will try to place huge prohibitive tariffs on UK products.

If trade negotiations go badly with the EU, the UK could seek to establish a more favourable trading relationship based on World Trade Organisation rules.

In any event, the UK could be looking at 10 years of uncertainty and anxiety for agriculture and its food producers while new trade agreements, farm payments and regulations are agreed.

But in the long term, many commentators believe that a Brexit could lead to a more resilient farming industry more capable of standing on its own two feet and less reliant on subsidies.

The big question of many farmers’ lips will be what – if anything – will replace the role of the common agricultural policy (CAP), which currently provides 55% of the UK’s total farming income.

The CAP was established in 1957 to ensure a fair standard of living for the agricultural community and the availability of food at reasonable prices. Ultimately, it is there to try to protect the incomes and business plans of farmers.

Farm leaders will be lobbying the UK government and the Treasury to divert some of the funding saved from not paying into the EU pot to support agriculture.

Outgoing prime minister David Cameron has pledged his government will put in place an agricultural support system that would be “properly maintained”. But amid pressure to fund key spending areas, such as the NHS, education and security, public spending on agriculture looks likely to be negatively impacted.

Direct farm support payments (Pillar 1 of the CAP) have been decreasing in value in recent years and the European Commission has placed more emphasis on agri-environment, forestry and other green schemes (Pillar 2).

A post-Brexit UK government could seek to reduce or even abolish direct subsidies in favour of a more targeted approach to spending which supports hill farming and offers acreage payments for agri-environment schemes, but also supports farm diversification and forestry.

Farm minister George Eustice, a leading farming voice on the Vote Leave camp, said a Brexit would free British farmers from the bureaucratic nightmare of EU red tape and allow the UK government to “take control” and shape its own agricultural policies.

However, the regulatory burden on British farmers might not be reduced as much as we would like.

The EU will continue to be the UK’s biggest trading partner and in order to sell its produce into the 27-member bloc, it will have to abide by its rules and regulations.

Previous UK governments also have a track record of gold-plating regulation. The influence of green lobby groups, considered “anti-farming”, will not disappear and civil servants and politicians will come under pressure to insert more green measures into agricultural policy.

Outside the EU, the UK will be able to decide its own regulatory framework. For example, the UK government could decide to allow farmers to grow genetically-modified (GM) crops.

However, the EU remains strongly opposed to GM technology. So would British farmers be seeking to grow GM crops, if there is no market to sell them into the EU, its biggest market?

UK agriculture especially horticulture relies heavily on migrant labour and there is an estimated 35,000 migrants working in the industry on a permanent or temporary basis.

According to the Office for National Statistics, 34,513 migrant workers were employed in UK agriculture in 2014, of which 65% were born in the EU.

The now-defunct Seasonal Agricultural Workers Scheme (SAWS) attracted more than 22,000 seasonal workers from Bulgaria and Romania to work on a temporary basis on UK farms.

Since the scheme closed in January 2014, some growers have struggled to attract workers, especially during busy periods such as harvest time. Herefordshire was the most reliant county to take up seasonal workers from the scheme, having taken up 20% of SAWS work cards in the past.

According to an NFU survey, 29% of growers struggled to recruit enough labour in 2015.

A post-Brexit UK government could seek to reintroduce SAWS, or a similar scheme, to provide migrants with working visas to plug the employment gap in agriculture. This could involve additional costs to business, such as background checks and payments for work permits.

However, potential restrictions to free movement and the type of trade deal the UK agrees with Europe will impact the level of access to migrant labour the UK agricultural industry can source.