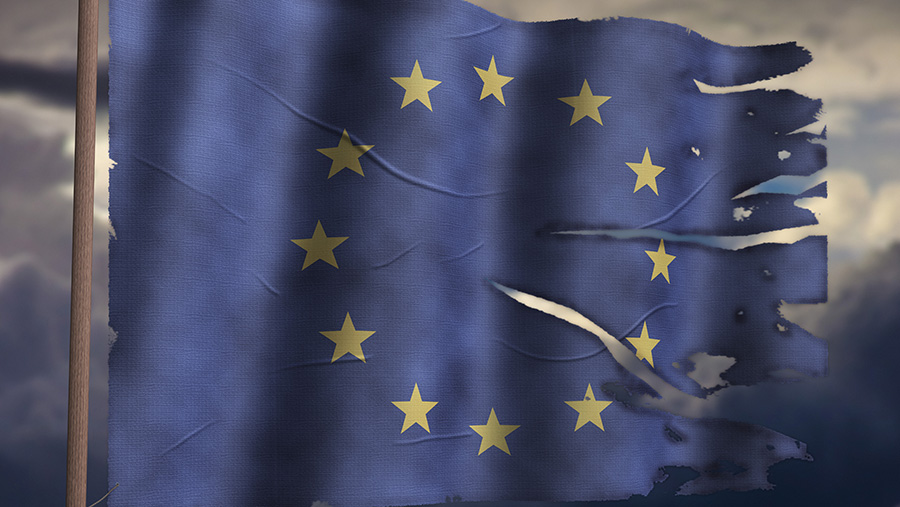 Poultry industry leaders have warned that the sector faces increased volatility after the UK narrowly voted to leave the European Union.

The EU Referendum result led to huge sterling currency losses, which saw the pound hit a 30-year low and the FTSE 100 fall by nearly 9% in the immediate aftermath of the decision.

Mr Williams told Poultry World that in time sterling and the markets would settle down and recover, albeit from a lower level. But import prices would rise and consumers would face paying more.

While the UK would be able to sell banking and IT services to developing nations, in return it would have to take agricultural products from third countries with lower food labelling, environmental protection and animal welfare standards.

We are in for a particularly rough ride and there will be winners and losers, but the poultry industry is pretty resilient. I am sure this resilience will continue John Reed, British Poultry Council chairman

He said the success of the Lion egg should help the domestic shell egg market.

But there would be major problems in the egg products market unless the government fought for sensitive protective status on dried lines, as the industry had successfully convinced the European Commission in trade negotiations with Ukraine.

“We will be seeking urgent talks with the government on this issue as the major countries that we have trading links – Ukraine, Argentina, United States and India – all had much lower welfare standards.”

Negotiating trade deals with a population of 65 million compared with an EU block of 500 million consumers would be difficult, he added.

EU legislation enshrined in domestic law would, Mr Williams believed, continue. “I believe the Egg Marketing regulations will stay and would be rather surprised if a UK government of any colour would want to unwind the food safety, environmental protection and animal welfare legislation that we have at the moment.”

John Reed, British Poultry Council chairman, said he was disappointed with the result, adding it was too early to comment on specific issues: “As with most businesses, we are disappointed. But the decision is the decision. We are already seeing fluctuations in the currency markets and sterling has been all over the place.

“We are in for a particularly rough ride and there will be winners and losers, but the poultry industry is pretty resilient and has managed without government subsidy. I am sure this resilience will continue,” he said.

Mr Reed was also concerned at the lack of any Plan B within Defra.

The BPC has been spent more than four years in talks at a bilateral level with China to gain access to their extensive market, but there is no knowledge of how the Brexit decision will influence negotiations.