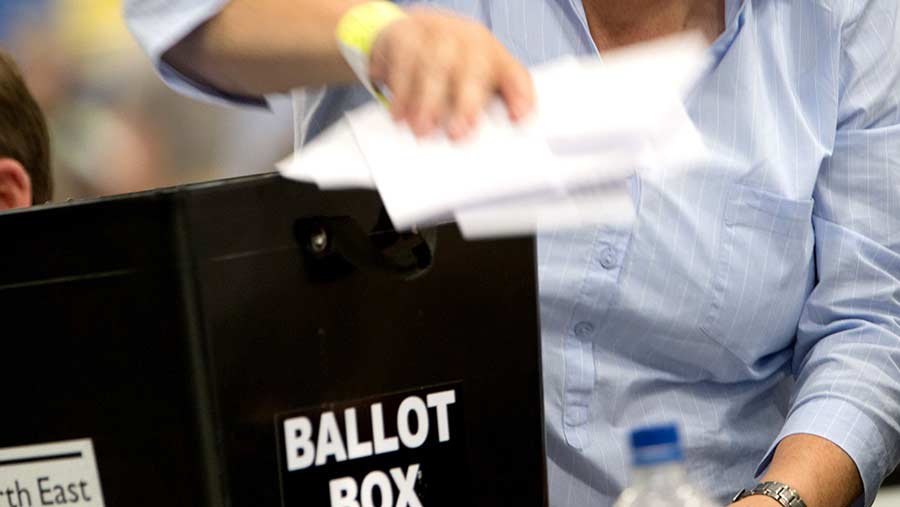 The UK vote to leave the EU has significant ramifications and implications for Scottish farmers and food producers, NFU Scotland has warned.

Union president Allan Bowie was speaking at the Royal Highland Show, Edinburgh, on Thursday (24 June) – the morning after the UK referendum.

The result and subsequent decision of prime minister David Cameron to step down marked a hugely significant time in the political and social landscape of the country, said Mr Bowie.

The events of the past 24 hours had been “seismic” – but speculating where they might lead for farmers would be unhelpful, he added.

“With the resignation of David Cameron announced this morning, the political implications of the vote are huge.”

Although the UK as a whole voted to leave by 51.9% to 48.1%, Scotland as a country voted largely in favour of the UK remaining an EU member.

Mr Bowie said NFU Scotland was committed to putting the interests of farmers, crofters and the wider rural economy at the heart of forthcoming debates and negotiations.

He added: “What is clear is that there was strong support to remain in the EU across every part of Scotland and that was in stark contrast to the majority of the UK.

“There is considerable debate already as to what the EU referendum means with regards to any potential future vote on Scottish independence.”

Warning against speculation, Mr Bowie said it was also apparent the UK vote to leave had wider ramifications for the future structure of the EU.

But there should be a period of stability to allow financial markets and the economy to stabilise before any further major decisions were made, he added. “We need to avoid knee-jerk reactions at this time.”

It was uncertain what would happen over the weeks and months ahead, but a negotiated exit from the EU is expected to take a minimum of two years.

“NFU Scotland will be at the centre of any discussions on new arrangements for our food and farming sector,” said Mr Bowie.

These discussions should commence quickly so businesses that benefited from CAP support and markets for Scottish produce in Europe and further afield could plan for the future, he said.

“Significant sectors of our industry are also very reliant on a workforce sourced from other parts of the EU and we need to establish any implications for their businesses,” said Mr Bowie.

“What will be key for Scottish agriculture will be delivery on the commitments made in the campaign about support levels for agriculture in the event of a Brexit vote.”