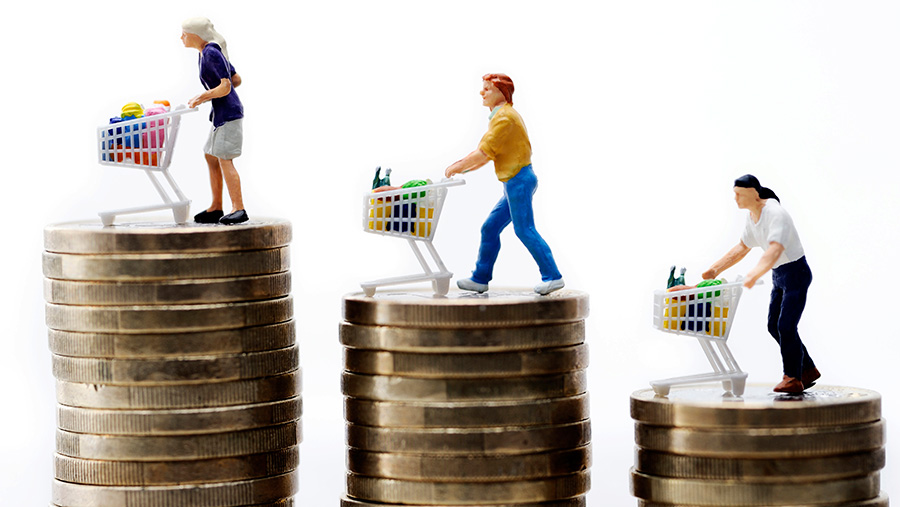 Imported food prices will rise by 11% if the UK leaves the EU, says Defra.

Tariffs would increase food import prices by 9%, according to a Defra analysis. Non-tariff barriers would push up the price of food imports by a further 2%, it adds.

“The total increase in international food commodity prices faced by the UK is therefore estimated to be 9% plus 2% which equals 11%,” said the study, published on Monday (23 May).

Non-tariff barriers include additional costs at the border, it explains.

“If we left the EU, and applied the same tariffs as we currently do from the rest of the world, then we would import from the cheapest source,” says the study.

“EU imports would have to compete with those from the rest of the world.”

An 11% increase in global food commodity prices will lead to a 2.9% increase in the food component of consumer price index inflation after two years, suggests the analysis.

A similar conclusion was reached by an NFU commissioned study earlier this year.

Carried out on behalf of the union by Wageningen University in the Netherlands, the NFU study concluded that food prices would rise under two out of three possible Brexit scenarios.

Farmgate prices would rise by 5% if the UK were to strike a free-trade agreement with the EU after it left the trading bloc, said the Wageningen report.

Prices would increase by about 8% under a second scenario where Britain fell back on World Trade Organization default arrangements, it added.

Although many farmers would welcome an increase in farmgate prices, higher food prices are generally seen as bad for consumers.

The truth is that EU membership is irrelevant to food prices which are governed by global changes in energy prices, weather, changes in supply and demand and exchange rates George Eustice

“The truth is that EU membership is irrelevant to food prices which are governed by global changes in energy prices, weather, changes in supply and demand and exchange rates.

“In 2008 we saw a spike in food prices. These are global phenomena that will not be affected whether we are in or out of the European Union.”