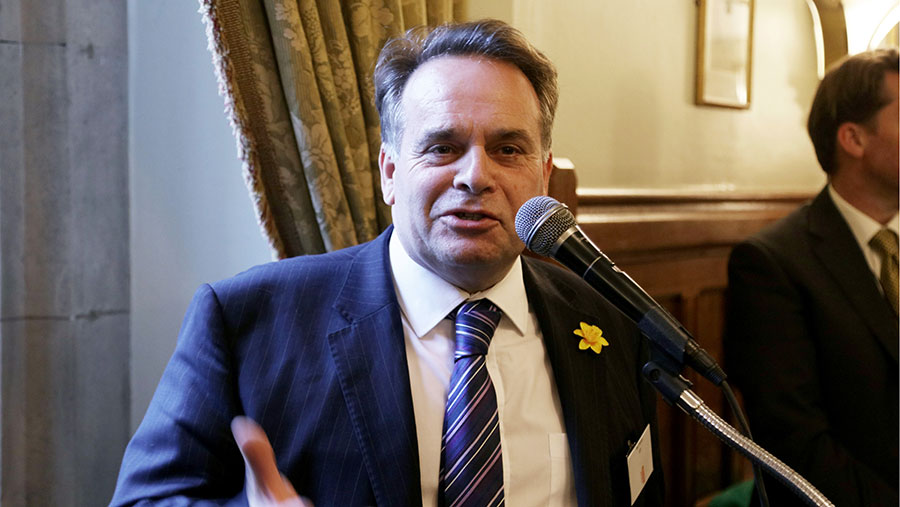 UK farmers have a fight on their hands to retain the current level of agricultural support post-Brexit, a prominent MP has warned.

Subsidies might be retained at current levels initially but were then likely to be reduced, said Neil Parish, who chairs the House of Commons environment, food and rural affairs select committee.

“I think it is going to be a rearguard action as far as the Treasury is concerned,” Mr Parish told a Westminster Food and Nutrition Forum meeting in London.

“We are going to have to really justify every last penny we get. I think we will get some money but I think it will be driven back.”

Mr Parish, who is MP for the Tiverton and Honiton constituency in Devon, said his job as committee chairman was to “mix” and defend the sector he represented.

“We are really going to have to go on the attack if we are to hold any ground, as far as I can see,” he told forum delegates at Glaziers Hall, Southwark, south London.

Mr Parish said he believed there would be a “reasonable amount” of financial support for farmers at first but direct payments would be “very hard to defend” by 2025-30.

There is a growing consensus that farmers will have to do more in return for financial support from the public purse after the UK leaves the European Union.

Future support for agriculture was likely to focus on rewarding farmers for public goods, such as looking after the environment, he said.

The Treasury has pledged to maintain support payments to farmers at current levels until 2020, but it has made no promises for the years afterwards.

The UK government has agreed to honour the final basic payments due to farmers under current CAP agreement with Brussels.

The government says it will honour those payments even if the UK leaves the EU before that date.