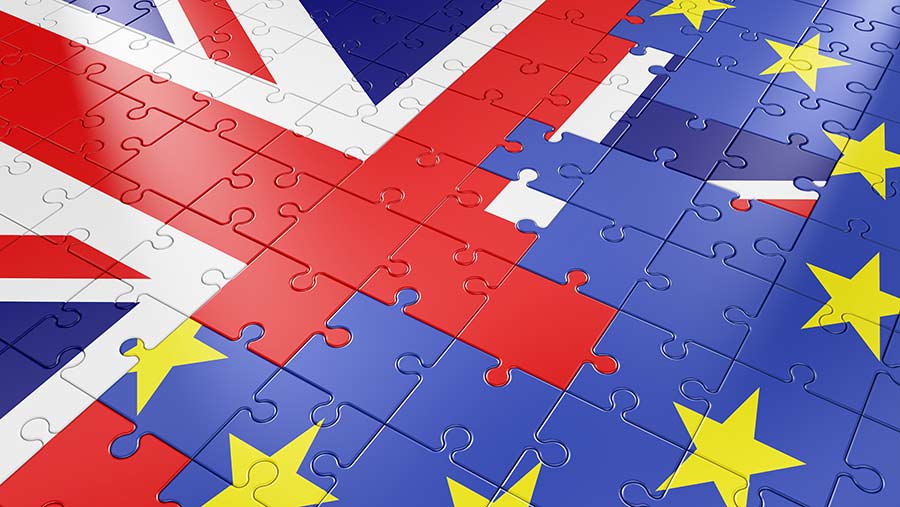 Unilaterally reducing import tariffs to secure a trade deal after the UK leaves the European Union could leave British farmers exposed to a flood of cheap food imports, say landowners.

A unilateral reduction in import tariffs is just one red line that must not be crossed when it comes to agriculture, says the Country Land and Business Association (CLA).

The warning comes in the same week as parliament passed the Brexit bill, paving the way for the government to start the EU exit process.

The CLA also insists that UK producers must continue to benefit from protected designation of origin and protected geographical indication status outside the EU – so products such as Melton Mowbray pork pies and Welsh lamb cannot be replicated elsewhere.

The right post-Brexit trade deal – with minimal “friction” for imports and exports between the UK and EU – is vital for food and farming, says the CLA.

“Our future is reliant on having a sound trading relationship that suits both the UK and the EU,” said CLA president Ross Murray.

“We have set out the red lines that the UK should not cross when negotiating the free-trade agreement for the sector.”

A CLA briefing paper warns that securing a UK-EU trade deal will “not be straightforward”. Historically the EU has had a protectionist impulse when considering free-trade agreements with non-members for food, says the document.

The briefing paper acknowledges that agriculture is often a difficult area on which to reach agreement. It also recognises that farming is sometimes traded off to ensure better access for other sectors in free-trade negotiations around the world.

Mr Murray said: “We understand that the challenge ahead is a collective one. We are ready to work closely with ministers and fellow farmers across the EU, to ensure we get the best possible deal for UK food and farming.”

Trading costs between the UK and EU are set to rise, even if tariffs are avoided, NFU strategy director Martin Haworth has warned.

Addressing a briefing in London last week, he said transactional costs would still amount to 5-8% outside the single market. The reintroduction of border controls would also provide scope for trade disruption – as had happened in the “lamb wars” with France, before the single European market was created.