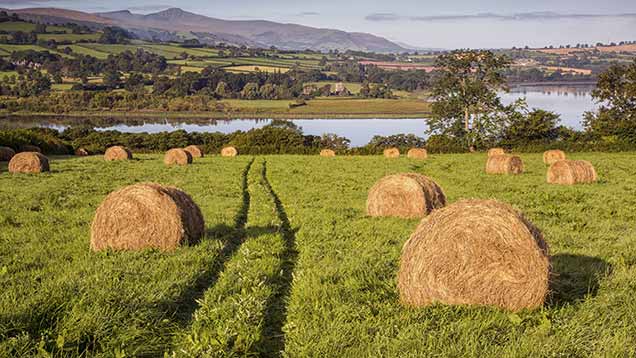 An independent commission has been launched to investigate what people want from the countryside and agriculture as the UK leaves the EU.

The Commission on Food, Farming and Countryside is being run by the Royal Society for the Encouragement of Arts, Manufactures and Commerce.

Launched in London on Wednesday (1 November), it will also look at measures to improve the public’s health, the countryside and rural communities.

The commission’s launch prospectus outlines some of the changes in the UK’s food, farms and countryside since the UK joined what was then the EEC in 1973.

The health sector is well represented too – by Shirley Kramer, chief executive of the Royal Society for the Public’s Heath, and David Pencheon, who leads the Sustainable Development Unit for NHS England and Public Health England.

Commission chairman Ian Cheshire said: “We rely on the countryside even when we don’t see it; not only for food, but so much we take for granted, like clean water. It’s part of who we are.”

“We have come to depend on EU laws and money, but they haven’t been working well enough, and they are set for the biggest shake-up in a generation.”

Sir Ian said farmers’ groups, conservation charities and other rural and environmental stakeholders were already putting huge thought into Brexit and the countryside.

But they didn’t have all the answers and might not agree.

“The role of this commission is to learn what people want, as well as the established experts, what’s working in communities around the country, to come up with some creative answers and find a way through.”

Commission director Sue Pritchard said every single person in the UK had a stake in food, farming and countryside.

“The UK has great strengths, but real challenges too. We are a global leader in food manufacturing, but we rely heavily on imported fruit and veg.

“And while some people have more food choices than ever, inequality in the UK means for too many the reality is little choice and food poverty.”

“What’s on our plates affects all of us, and what is on our neighbours’ plates affects us too: the effect of food inequality is a public health time bomb.

“So we need both optimism and realism in spades.

“The commission will take this once-in-a-generation opportunity to renew our food, farming and countryside for the next 40 years and beyond, helping to turn our shared ambitions into actions.”

Esmée Fairbairn chief executive Caroline Mason said the foundation had funded the commission because the food system was disjointed, but many people wanted to make it better.

People believed that higher-quality food could be produced in ways that were better for people and the environment, said Ms Mason.

“The commission represents a perfectly timed, once-in-a-generation opportunity for people and communities to influence the role of food in their lives.”