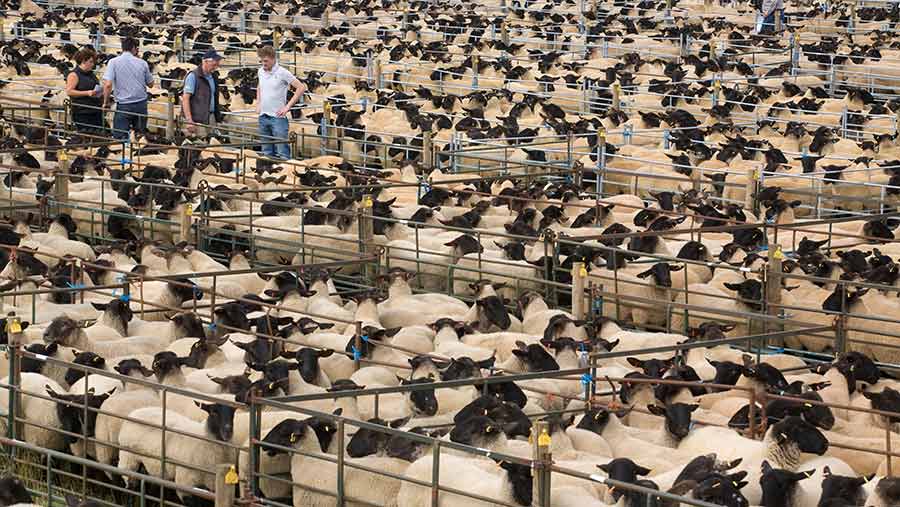 Sheep farmers have been assured of financial support from the government in the event of a no-deal Brexit which would cause a dramatic decline in the value of lamb.

The National Sheep Association (NSA) has said that in meetings with Defra this week government officials gave assurances that it was prepared to step in and protect the industry in the event of market difficulties.

NSA chief executive Phil Stocker said: “Following a couple of months of debate, we have now arrived at a place where ministers are stating their support for the British sheep industry.

“[They have given] recognition of its economic, environmental and social benefits, and an intent to provide financial support in the case of market difficulties.”

A Defra task force has been set up to work on the measures and while the details are still being worked on, Mr Stocker said at the moment support was likely to be similar to the old variable premium scheme.

This paid farmers the difference between an average price of lamb set over a number of reference years and the current market value.

Details are expected to be finalised between now and 29 March, and it is hoped the scheme will be ready to operate in the event of the UK crashing out of the EU without a withdrawal agreement in place.

Support would be on a temporary basis until a trading relationship with the EU had been re-established and, despite it being a devolved matter, is expected to be for farmers across the UK as other governments have also indicated their support, Mr Stocker said.

If a deal is agreed between now and the exit date, it is likely that trade will continue as normal and no additional support will be on offer, and the NSA said that securing a deal with the EU remained its preferred option.

AHDB analysis says a no-deal exit has the potential to slash lamb values by a third as all exports to the EU could be blocked while the UK would be forced to allow meat imports to continue.

Mr Stocker said the support would ensure the industry would not significantly contract in size – causing damage to the UK’s long-term objective of tapping into lucrative export markets in the USA, India and China.

However, he admitted that no facilities existed to put meat into storage.

This meant the industry would still be reliant on consumers responding to falling prices at the shops by increasing consumption and avoiding lamb going to waste.