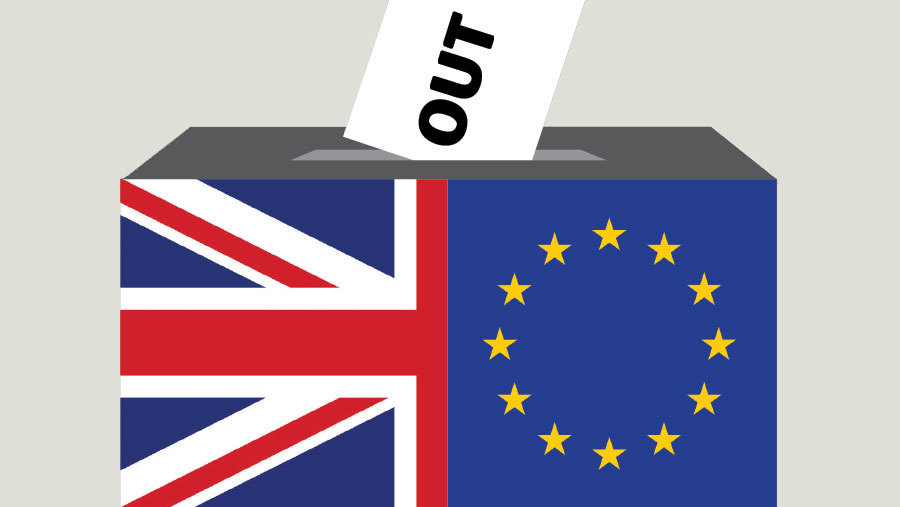 Industry leaders have called on the government to provide a clear direction for British agriculture after the UK voted to leave the European Union.

For more than 40 years, UK farmers have relied on subsidies from the EU’s common agricultural policy (CAP) and significant export markets in Europe with free access to 500 million consumers.

But the dramatic outcome of the referendum has created huge uncertainty about the future of farm support, regulation and access to the single market and migrant labour, which UK agriculture heavily depends on.

Throughout the referendum debate, Defra has consistently said it has “No plan B” for agriculture in the event of a Brexit.

But prime minister David Cameron has said that under his government an agricultural support system for British farmers “would be properly maintained”.

Farmers will be expecting Mr Cameron to keep to his promise and ensure the Treasury supports British agriculture to the same extent – or even more than – it does now.

Following a vote for Brexit, however, it is uncertain that access to a tariff-free European single market of 500 million consumers will be maintained.

Delighted Derbyshire farmer Michael Seals of the Farmers for Britain campaign, which lobbied for the UK to leave the EU, said: “The country has voted for change – and the farming industry has clearly indicated it wants change.

“We must now all work together, government and industry representatives, to start with a blank sheet of paper to find a new and better way of supporting this industry to enable it to go forward.”

The Country Land & Business Association (CLA), which represents 33,000 landowners in England and Wales, said a Brexit would “bring challenges, but also significant opportunities”.

CLA president Ross Murray said the organisation would work with politicians to address “urgent decisions” to secure the future of the rural economy.

Mr Murray called on government to offer an early guarantee that CAP support to UK farmers would continue “unbroken and unchanged” until at least the end of December 2020.

Will Gemmill, head of farming at Strutt & Parker, said the vote to leave would have “seismic implications” for UK agriculture and questions remained about the impact on farm profitability.

“If the value of sterling drops, then in the short term we could see improvements in our competitive position which will help exports and push up prices.

“However, over the medium term there are crucial questions about the level of support UK farmers will be paid and on the terms of any trade deals struck with the EU and the rest of the world.”

But former NFU president Peter Kendall, a leading farming voice in the Remain camp, said the result was “hugely disappointing” for the future of the UK.

He added: “We live in a democratic country. The task now is to knuckle down as an industry and work hard to persuade the government of the importance of the farming industry in order to renegotiate agricultural policy to create as many opportunities as possible.”

“If there’s one group that has really gained from Europe, it’s farmers,” said Dr Rickard, an independent economist to the farming and food industries.

“I don’t think much will change over the next two years, but there will be a great deal of change after that, negotiating the terms of leaving the EU.

“You might be looking at 10 years of uncertainty for UK agriculture and its food producers. The big danger is that some food producers will relocate a lot of their activities to countries like Ireland or Denmark to stay in the single market.

“Uncertainty is the enemy of all investment. All this might make us less competitive.”