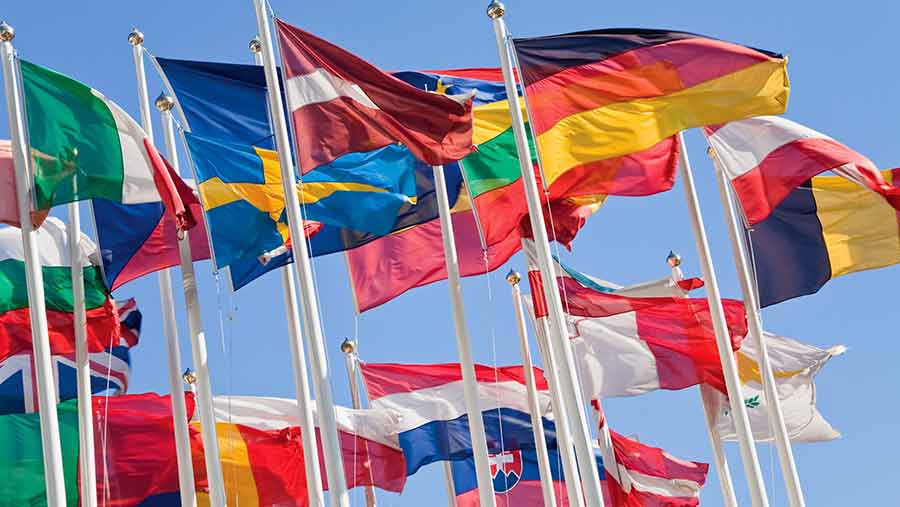 European farmers have reacted with concern to the UK’s decision to leave the European Union.

Bernhard Kruesken, director of German farming union Deutscher Bauernverband (DBV), said his organisation was “deeply disappointed” at the development, both from a commercial and a political perspective.

“For almost 60 years, German farmers have been committed to the idea of a common market and the common agricultural policy, which is the fundamental pillar. But now that pillar seems to have a crack,” he told Farmers Weekly.

See also: Brexit: what happens next for UK farmers?

The immediate concern was around trade, given that the German food and farming sector has a net trade surplus to the UK of around €3bn (£2.44bn), dominated by meat, cereals and dairy products.

The collapse in sterling since Brexit was announced would undermine competitiveness and weigh down on prices.

“Overall, the market is not at risk,” Mr Kruesken added. “But once Brexit takes place legally, the costs to enter that market will be higher too.”

But Mr Kruesken also pointed to a second concern. “Politically, the British farming community has been very close to the German agricultural point of view when it comes to the future of the CAP, with a greater market orientation. We are losing a very important political ally.”

The move by the UK might also have a domino effect, he said, with more nationalistic parties in France and the Netherlands tempted to push for referendums.

“The UK is by far our largest trading partner in the agri-food sector,” he said. “Ireland is also the UK’s largest destination for its food exports. Given these linkages, both countries have a strong interest in maintaining a close trading relationship.”

The main areas in which potential impacts are foreseen are in relation to currency fluctuations, tariffs and trade, the EU budget, regulations, standards, customs controls and certification. Mr Creed said he had created a dedicated unit in his department to work on these issues.

Meanwhile, EU farmers’ organisation Copa pledged to ensure that “the farming community in the EU or the UK does not pay the price for international politics, and the impact on trade is minimized”.

“A key point for us will be to avoid any further disruption to the European agriculture market, given the importance of the economic ties across the Channel and the current agricultural market crisis. Its’ crucial to maintain market stability.”