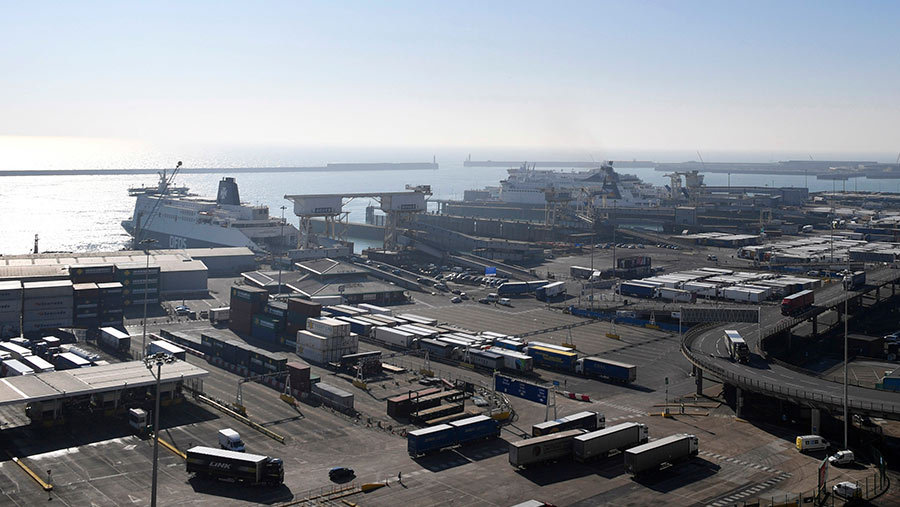 Farmer representatives are stepping up calls for a revision of the government’s import tariff plans as prospects for a “no-deal” Brexit loom larger.

The tariff schedules were originally tabled by the Theresa May government in March 2019, and would continue with the current level of tariff protection for imports of sheepmeat.

But beef tariffs would be cut in half and butter by two thirds, putting pressure on farmgate prices.

Under the plans, cereals, vegetables and eggs would have no tariff protection at all, while – in the absence of any trade agreement with Brussels – exports to the EU from the UK would face full tariffs.

The Ulster Farmers’ Union says that, in order to safeguard food production in a no-deal situation, the government must treat all agriculture commodities as sensitive.

“If the EU applies tariffs, the UK should reciprocate at the same level and trade can be managed through the introduction of tariff-rate quotas (TQRs) where there is a domestic producer interest,” said UFU president Ivor Ferguson.

Without such reciprocity, a no-deal Brexit would be disastrous.

“Steep export tariffs, additional checks and regulations, combined with a proposed 0% tariff on agricultural goods from the Republic of Ireland to Northern Ireland, will result in significant disruption and pose a logistical nightmare for farm businesses,” he said.

Similar concerns have been expressed by NFU Cymru, which also insists all imports of agri-food products to the UK are subject to the same tariffs as those that will be applied to exports.

With “no-deal” planning gathering momentum, NFU Cyrmru president John Davies has written to secretary of state for Wales Alun Cairns asking that the tariffs rates published by the previous UK government are revisited as a matter of urgency.

“The applied tariff schedule means a sizeable reduction in tariff rates for incoming beef, poultry meat and dairy products, and a complete removal of the tariffs barrier for the egg, cereal and vegetable sectors, despite crippling World Trade Organization tariffs being placed on our exports to the EU,” he said.

“It is also worth noting that special tariff arrangements will apply to imports over the Irish land border. This means that all products crossing into Northern Ireland will have no tariff charged at all.”

How to mitigate a no-deal Brexit

In a rare display of unity, the Country Land and Business Association and the Tenant Farmers Association have written a joint letter to prime minister Boris Johnson, setting out how best to mitigate the risks of a “no-deal” Brexit.