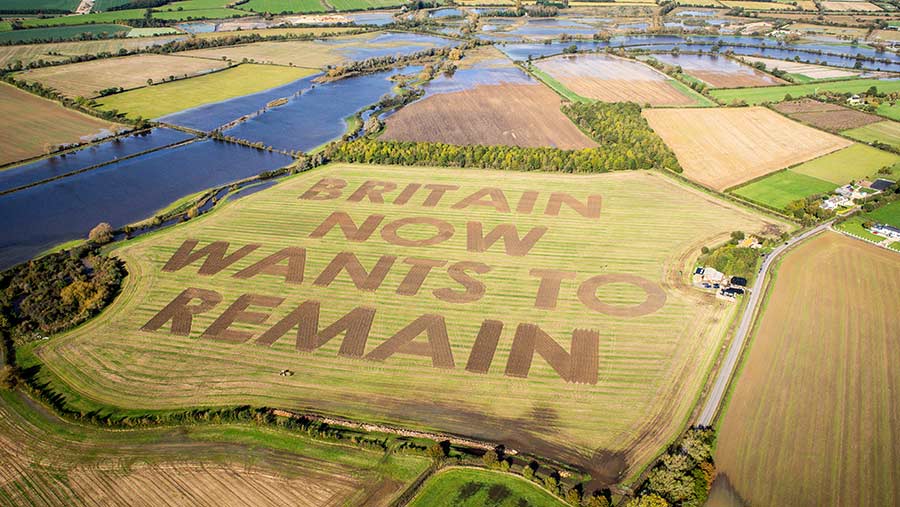 A giant anti-Brexit message has been ploughed into a Wiltshire farmer’s field claiming “Britain now wants to remain”.

Campaign group Led by Donkeys was behind the stunt, which was timed to coincide with Saturday’s People’s Vote march in London, as well as crucial votes in parliament on the prime minister’s Brexit deal.

A flyby helicopter video of the creation, which has 40m-high letters etched into the countryside, has been published on Facebook.

Farmer David Lewis of Manor Farm, Water Eaton, Swindon, who ploughed the message into his field, said: “Brexit would be just awful for farming.

“So many farmers voted Leave but have since realised they were had.

“It gives me real pride to see this huge message ploughed out in our field.

“I hope the people in London get to see it. This country has changed its mind.”

The Led by Donkeys group was formed by four current or past Greenpeace members last December to protest against Brexit.

Despite the message, over the past three years, Farmers Weekly polling has consistently shown that most farmers want the UK to leave the EU and support for Brexit remains strong.