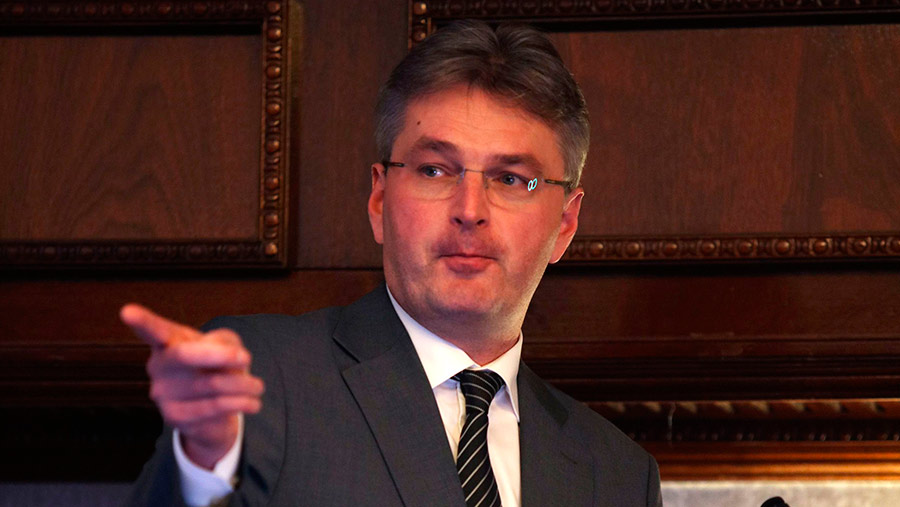 A Shropshire MP has indicated he will now support Prime Minister Theresa May’s EU withdrawal agreement, if it is put to the vote next week, having been convinced by farm unions that a “no-deal” Brexit would be a disaster for the farming sector.

Speaking to BBC Radio 5 Live, Conservative MP for Shrewsbury Daniel Kawczynski said that, despite previously voting against Mrs May’s deal, he now realised the dangers ahead if the deal – which provides for a 21-month transition period and relatively smooth trade – was not passed.

“Unless it is ratified next week, the European Union really will start to take control of the whole agenda and will be issuing more and more directives and demands to us,” he said.

“We don’t want a long extension to Article 50, we don’t want to participate in the European parliamentary elections, but we do want to leave [the EU] as quickly as possible.”

Asked what else had made him change his mind, Mr Kawczynski pointed to the impact of lobbying by his local NFU and business representatives, who had asked him to back the deal.

“Previously, their attitude was, ‘we understand both sides of the equation’… They were allowing MPs to use their judgment,” he said.

“But now they really are starting to get frightened about what would happen if we don’t back the deal next week.”

Mr Kawczynski’s comments, which reflect the views of many other MPs, came on the same day the four main UK farming unions wrote to Chancellor Philip Hammond, emphasising their fears about a no-deal Brexit.

Even though parliament voted last week to reject leaving the EU without a deal, that position is non-binding and “no deal” on 29 March remains the default position.

In their letter, the NFU, NFU Scotland, NFU Cymru and the Ulster Farmers Union complained that the government’s planned tariff schedule, to apply on imports in the event of a no-deal Brexit, would damage the food and farming sector.

A graphic produced by the unions shows that import tariffs on food coming into the UK would be far lower in most cases than the tariffs UK exporters would have to pay on food shipped to the EU.

“Tariffs currently in place by virtue of EU membership on almost all agricultural products deemed to be sensitive by the UK will be slashed, including those on beef, poultry meat, cheddar, butter, sugar and pork,” they said.

The government’s plans also include exempting imports from the Republic of Ireland from any tariffs at all.

“Treating Northern Ireland in effect as a separate customs territory from Great Britain is not appropriate and government’s failure to secure reciprocal commitments from the Republic of Ireland is unacceptable,” the letter said.

The Farmers’ Union of Wales (FUW) has written to the prime minister stating that preparations should be made for EU parliamentary elections in May.

With EU heads of state meeting in Brussels on Thursday (21 March) to consider a short extension to the Article 50 negotiating process, the FUW fears that, even if this is granted, MPs in Westminster will still be unable to reach a majority position on any Brexit option before the new deadline.

In that case, the UK could be forced out of the EU without a deal, if preparations have not been made to take part in the European parliamentary elections on 23 May.

“Given that the EU requires notifying of candidates and arrangements in the coming weeks, we believe it is essential that preparations should be made for a possible European parliament election in May,” said FUW president Glyn Roberts.