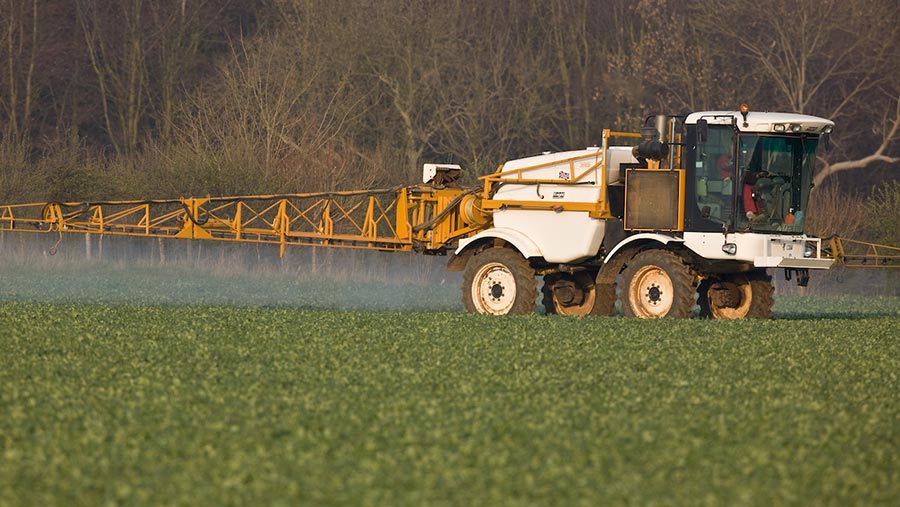 Farmers should take action now to secure vital inputs in the event of a messy Brexit next spring, say suppliers.

One in four farmers is stockpiling inputs because they are concerned that products such as agrochemicals and veterinary medicines could be harder to obtain after the UK leaves the European Union on 29 March 2019, suggests a Farmers Weekly poll.

Farmers should only stockpile inputs if they can do so legally and safely – using approved stores and adhering to assurance scheme requirements.

Some 27% of farmers are buying products ahead of time to ensure they are available when needed, according to a Farmers Weekly online poll, which assessed readers’ preparations ahead of Brexit.

See also: Are you stockpiling farm inputs ahead of Brexit?

The prime minister has warned that her proposed deal is vital to avoid tariffs, fees, charges or quantitative restrictions across all sectors.

Suppliers are urging farmers not to panic buy. Instead, the Agricultural Industries Confederation, which represents the supply trade, said growers and livestock producers should assess how they might be affected by any disruption in trade.

Susan Twining, the Country Land and Business Association’s chief land use policy adviser, agreed that stockpiling inputs would be a step too far for many farms.

Instead, farmers should work with suppliers now to discuss any likely input requirements for next spring.

Even so, some farmers and manufacturers are taking no chances. Yorkshire grower and arable contractor David Blacker, who has ordered £25,000 of sprays for next spring and summer, said: “I am trying to get everything on farm as quickly as possible.”

A Bayer spokesman said: “We have put in place contingency measures to deal with a no-deal Brexit.”

Industry leaders have warned the government that clarity is needed on Brexit so farmers have the confidence to invest in their businesses.

The warning was issued at an NFU business consortium in London to discuss prospects for agriculture.

NFU deputy president Guy Smith told the audience of industry professionals and bankers that preliminary results from an NFU confidence survey reinforced the need for certainty so farmers could plan effectively for the future.

“With our future outside of the EU still very much uncertain, there is a worrying lack of confidence among our membership,” he said.

“This is already acting as a barrier to future investment, which not only impacts farming businesses but policymakers, advisers, banks and other stakeholders.”