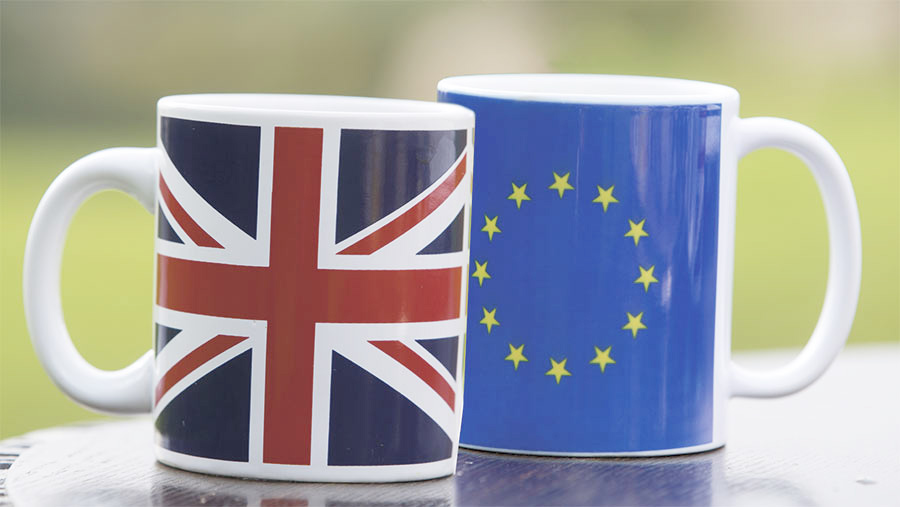 Rutland farmers Monty Andrew and Andrew Brown farm within 20 miles of each other, but when it comes to their views on Brexit they are a million miles apart.

Mr Brown, a former NFU regional chairman and Oxford Farming Conference director, believes that leaving the EU will damage British agriculture plc and farmers will have to play by the EU’s rules without a seat at the top table.

However, Mr Andrew is convinced that Brexit will liberalise farmers and give us access to exciting new markets in other countries across the globe.

Farmers Weekly news editor Philip Case travelled to Rutland to meet the farmers and see how they are preparing for life after Brexit.

Fifteen months on, describe your main reflections on how the Brexit vote has affected farming.

MA: For my business, prices have gone up considerably. If they continue to go up, then we shall all be better off.

AB: I’m really cross that we haven’t moved along at all. The government seems to be running around like headless chickens. They don’t know what they’re doing.

Since the Brexit vote, how has the devaluing of sterling affected your business? 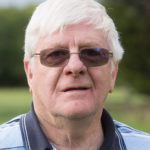 You cannot tell me that’s not better for business. When the money goes up, you buy new machinery, you improve your tractors. The whole industry gets moving.

AB: Potentially, I’m going to get another 10-15% on my single farm payment. Great. And my wheat is now worth more than it was.

But my input costs – fertiliser, fuel, spraying costs – have all gone up. If the price is set in euros or US dollars, then I don’t see we are going to gain anything. The price is irrelevant, it’s the margin that’s key.

What steps are you taking to prepare your farm businesses for Brexit?

MA: Unfortunately, because we are not clear on what’s going to happen, I’m going to steer the ship in the same direction.

I firmly believe that food production will be an issue. If we can get as much land back into production as possible, we can provide the country with the food it wants.

AB: I’m looking to find other sources of income. For example, I’m studying for a degree in law. I think there is going to be an awful lot of pain that the agricultural industry isn’t prepared for.

We could provide more food, but all that successive governments are interested in is cheap food.

What tools/sources of information have you used to assess the impact of Brexit on your business?

MA: I don’t think there are any tools out there, even the government doesn’t have any. If you are a farmer, you don’t need to go to the races, because you are gambling all the while.

We are in uncharted waters, so my main concern is getting the farming side of my business right. If you start splintering, you will do 10 jobs and not get one of them right.

AB: You need to analyse your business and look at the things that are making you money. Going forward, every farmer should be benchmarking to analyse their business, budgeting and forward costing.

Are there any changes you have identified you could (or may) need to make to your business? 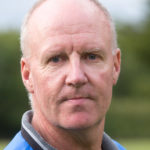 Member of Higher Level Stewardship, with 23ha of land out of production

Grass let out on grazing licence

MA: No. My attitude is: I’m going to do what I do and do it as well as I can, so this time next year I’ll have a shed full of wheat which has cost me as little money as possible to produce.

AB: It’s very difficult to know what to do when you don’t know what will happen.

Defra has got the simplest system at the moment for farm support, which is based on the area, and they can’t even get that right.

Do you plan to reduce or expand your business?

We have got various irons in the fire. If we can expand further, we will.

AB: Currently, I have no opportunity to expand my business, other than diversifying into other external areas.

As well as studying law, I’m seeking other ways to utilise my experience in agriculture.

I’m looking to run the Countryside Stewardship facilitation fund along the Welland Valley, a new government initiative to get farmers to work together for the environment.

Have you put on any new business platforms since the Brexit vote?

MA: No, nothing at all. I have tried to consolidate what I do as best as I can.

AB: Since the vote, I haven’t bought any kit or spent any money. I get my arable work done by a contractor.

The only thing I do is fertiliser application and spraying. As a tenant farmer, I’m not prepared to pay £250,000 on a combine to have it sat in the shed 50 weeks of the year.

How will you Brexit-proof your business?

MA: I will try to do what I can, as cheaply as I can to the best of my ability. That’s the advice I have followed all my life.

AB: By looking at how I can diversify and spread the risk, looking at other sources of income, analysing the business and looking to react quickly to the changes that come in my direction.

MA: We would have to try to do what we do as cheaply as we can.

Do you plan to invest in new or good second-hand farm machinery?

MA: I periodically swap tractors. I have always bought my own combine. I’ll continue this approach.

AB: I’m not planning on buying any new kit. I have the minimum I can get away with – two small tractors, a teleporter, a grain dryer and a sprayer.

Will you cut back spending on chemicals and fertiliser?

MA: I intend to get a heap of corn in my shed as cheaply as possible, so that I can weather the storms.

AB: My view on agronomy is that if you don’t spend the money on the crop, it suffers and you don’t make the margin. I think it’s a false economy to cut down on inputs.

What are your biggest hopes for farming post-Brexit?

MA: I hope we can expand into the world and sell our goods for hefty prices.

If that fails, I’m going to start making toilets because there are 800 million people in India who don’t have access to one!

AB: I hope farming can continue in a sustainable way and we can produce the top-quality foods that we already produce to the high welfare and environmental standards – and not be sold down the river by government, or used as a bargaining chip for financial services on any trade deal with a third party.

What opportunities do you see?

MA: There are opportunities to encourage younger people into farming, promote our own food for greater domestic consumption and not accept cheap foreign imports produced to lower standards.

AB: There will be opportunities for young people to get into the industry and for older people to exit. Maybe we will have to start paying older farmers golden handshakes to leave to get younger people in? With the current regime, older, inefficient farmers have been allowed to carry on farming, when perhaps they shouldn’t have.

What do you perceive to be the biggest threats?

MA: Inefficient, inept farmers and decision-makers who don’t understand the industry – ie, politicians who have no concept of what’s going on and are purely in it to get themselves a second house, on a high wage in London.

AB: A “cliff-edge” Brexit that leaves the UK outside the single market and under WTO rules.

What do you expect farming will be like in five to 10 years’ time?

MA: I think we will see larger farms taking on more land that farmers have let out previously. I do think we should see a significant increase in young people being given more opportunities to farm.

AB: I think there will be significantly fewer farmers. The land will still be farmed and probably farmed more efficiently. Whether the landscape remains the same or not and we have the same amount of flora and fauna that people want to see is up to government policy.

Do you think your business will be better or worse off in five to 10 years’ time?

MA: I think we’ll be better off. We will be forced to farm better and produce more. We have got to do what we can and do it better.

AB: Worse, because of Brexit. Although the current system of farm support is not ideal, it does at least underpin the way I farm and look after the countryside.

I have seen a big increase in the number of skylarks, curlews, grey partridges and insect numbers because of the things I have been incentivised to do.

If the government doesn’t replace my support payments, I will have to take a look at the business long-term and ask if it is still viable.

If we had another EU referendum vote tomorrow, would you change how you voted?

MA: No. The sooner we get out, the better. And we can become our own man again.

AB: I would want to remain even more strongly. If we want to trade with the EU, we will still have to abide by their rules.

We will have the same rules and regulations, but it will probably cost us a lot more and we won’t have a seat at the table.