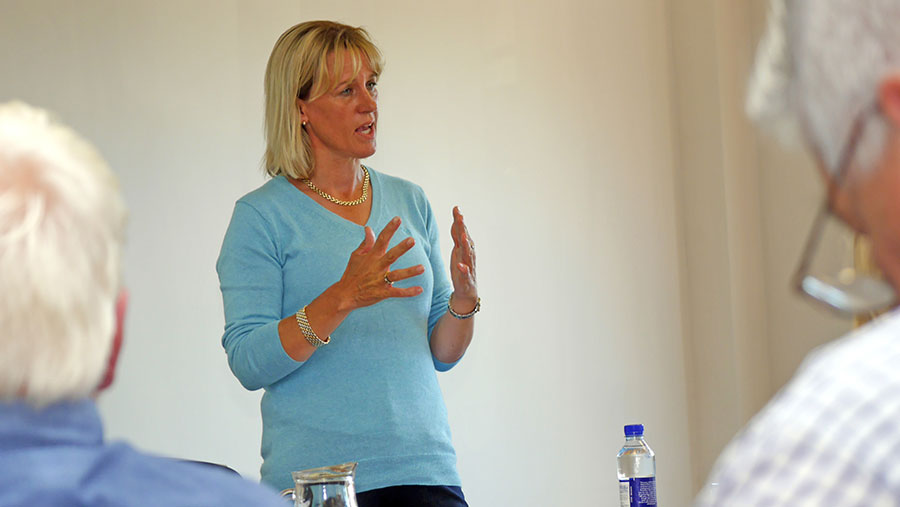 Agriculture is in danger of becoming little more than a pawn in bilateral trade negotiations, unless grassroots farmers help raise its profile with policymakers in Whitehall.

Addressing a post-Brexit policy meeting in Exeter – one of 49 the NFU is holding over a three-week consultation period – deputy president Minette Batters urged all farmers to write to their MPs to ensure the food and farming industry was well represented in trade negotiations.

“The industry is worth £108bn to the economy – double the size of cars and aerospace put together,” she noted.

Forging good relationships with MPs and getting them to understand agriculture would pay dividends in the future, added policy director Andrew Clark. “MPs will be more important again as decisions will be made in Whitehall, not in Brussels.”

Farm support payments were unlikely to last forever, he added, so it was vital that domestic agricultural policy created a fair and transparent marketplace in future.

In the interim, it could be worth targeting a greater proportion of support payments to help farmers become more competitive – through better research and technology or co-operation.

As for the future shape of British agricultural policies and trade agreements, they are likely to be an amalgam of other countries’ templates, not an exact replica.

“There are so many different models to follow – we need to learn from other countries,” said Dr Clark. “There’s no reason to continue as we are; we need to look at what combination we should have.”

The NFU would have a draft policy framework by early October, based on feedback from members at the 49 consultation meetings and online.

However, EU rules meant the UK could not start trade negotiations until Article 50 was signed, Dr Clark warned. And domestic agricultural policy requirements would depend on the success of those trade agreements as, without strong trade, farmers would require more domestic support.

“The sooner we can get trade agreements in place, the better.”

Whatever the shape of future policy, it was vital the industry presented a united front, warned Ms Batters. Although the NFU had been accused of failing to engage with other stakeholders, it was planning full consultation with other organisations and throughout the supply chain.

“We want to present a co-ordinated food and farming front to the government,” she said. “This is a new dawn for agriculture – we need to present a compelling vision of what we can offer to society. Our future really does rest in our hands.”