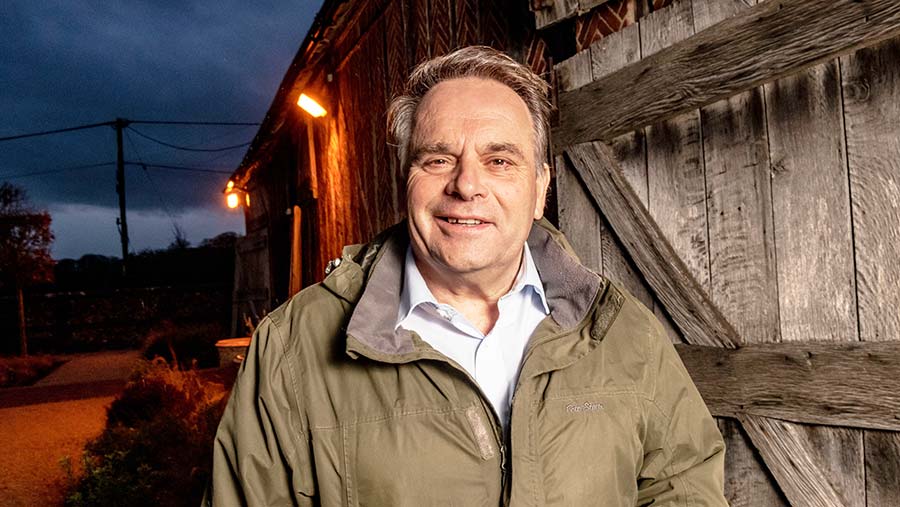 Farmers must “get stuck in” to ensure the government delivers the right deal for British agriculture after the UK leaves the European Union, an influential Tory MP has warned.

With Brexit looming, it is vital that growers and livestock producers continue to lobby their political representatives on behalf of the sector, said Neil Parish, who chairs the House of Commons environment, food and rural affairs select committee.

“Keep writing to us,” said Mr Parish, who represents the Devon constituency of Tiverton and Honiton. “Make an appointment to go and see your MP – whoever they are and whatever [political] colour they are – and just make a blasted nuisance of yourself.”

Single-issue pressure groups and environmental campaigners are much better than farmers at lobbying MPs, said Mr Parish. But it is important that farmers take time out from their busy schedules to get their message across too.

“Don’t think it’s a waste of time to email and contact your MP because it is not. Lots of other people are contacting us all the time. Don’t forget we are getting messages from everybody else – and from people who perhaps are not quite so keen on farming as we are.”

Mr Parish was speaking on Thursday, 7 March, at Bix Manor, Henley-on-Thames, Oxfordshire. He was being interviewed by Farmers Weekly for Barnstorming – a series of evening events which sees prominent politicians grilled in front of an invited audience.

Despite government assurances, ensuring food imports are produced to British standards after Brexit remains a particular concern, said Mr Parish. This includes products such as chlorinated chicken – a process permitted in the US but banned in the UK.

“It’s not about the chlorine – the chicken is perfectly safe to eat. It is about the density of production and the amount of antibiotics used through the production process. We have actually got better welfare and environmental standards.”

Mr Parish added: “We have to decide what we want.”

It is all very well for international trade minister Liam Fox to say British farmers should be more competitive – but it would be unfair to impose higher standards on British producers and then allow them to be undermined by shipments of substandard food coming into the country.

It means producing food – as well as ensuring we have a good environment. As we drive towards more of an environmental policy and possibly less of an agricultural policy, I believe I am the check and balance to make sure we still have good mainstream agricultural production – and we also have enough production.

Michael Gove is a very able and ambitious politician. He not only looks at the branding of the Tory Party but the branding of himself – so he will lean towards the environmental lobby. In some ways politically that is absolutely right. But he has to remember that agriculture is important too.

… the influence of his committee:

We have influence, we don’t have absolute power. There are times you can use the suggestion of an inquiry to encourage ministers to do something. Other times, you do a report and a few months later you sometimes see your recommendations slipped into government policy.

I was sorry to lose George. I got on very well with him. He had been concerned for some time about the prime minister’s deal and the European issue. But I am not a resigner. I think you resign and people forget about you very quickly. It is better to be a thorn in the side and stay there as long as possible.

We have a seven-year period, so that will help farmers adjust. Farmers are much more market-orientated than they once were. They will have to be more so. Some will probably take a lot of environmental payments, reduce stocking rates and go in that direction. Others will link more to the marketplace with value-added products.

He won’t leave his farming background at the door when he goes into Defra. I know Robert – he was in the European parliament at the same time as me between 1999 and 2004. He’s a Yorkshire farmer – an arable farmer – and he actually believes in using a certain amount of crop protection chemicals to produce his crops.