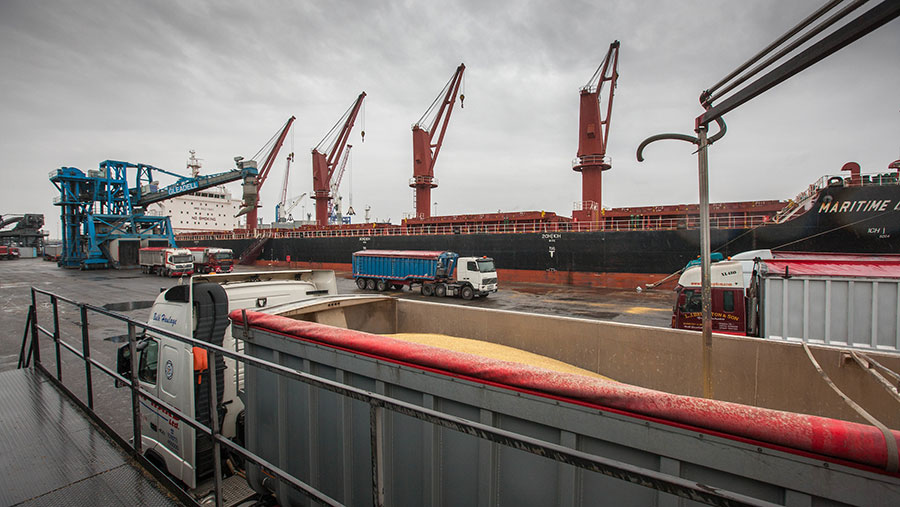 Tariff-free trade between the EU and UK is vital if growers and livestock producers are to avoid additional costs after Brexit, say European farm leaders.

Trade between the EU and UK must remain as frictionless as possible, said the Copa-Cogeca organisation, which represents European farm unions and agricultural co-operatives.

Copa-Cogeca has called on EU heads of state and governments to approve draft guidelines on the future EU-UK relationship when they meet next week.

Copa president Joachim Rukwied said he had “serious concerns” about the potential impact on farmers and agri-businesses on both sides as a result of the UK exit from the EU.

“It is important to minimise any disruption to trade,” he said.

“European famers and agri-cooperatives strongly believe that – depending on the guarantees obtained – the UK should remain in the single market and customs union.

“If this is not possible, the EU and UK should find a new customs arrangement that enables frictionless trade as much as possible, whilst preserving the integrity of the single market.

“The Brexit negotiations must provide tariff-free trade between the EU and UK.

Copa-Cogeca has sent a letter sent to chief EU negotiator Michel Barnier welcoming draft guidelines on the future EU relationship with the UK.

He also called for “simplified customs procedures, making use of latest technologies in order to prevent burdensome and costly bureaucracy which would threaten cross-border trade”.

Mr Magnusson added: “This must be included in the EU’s upcoming guidelines and made a priority in the negotiations.”

Copa-Cogeca said it agreed with the EU’s call on the UK government for clear and tangible proposals for the transitional and the future relationship, as soon as possible.

Time was running out for businesses to make the necessary adjustments, it said.

An agreement must be reached as soon as possible in order to eliminate uncertainty and additional costs on farmers and agri-co-operatives.