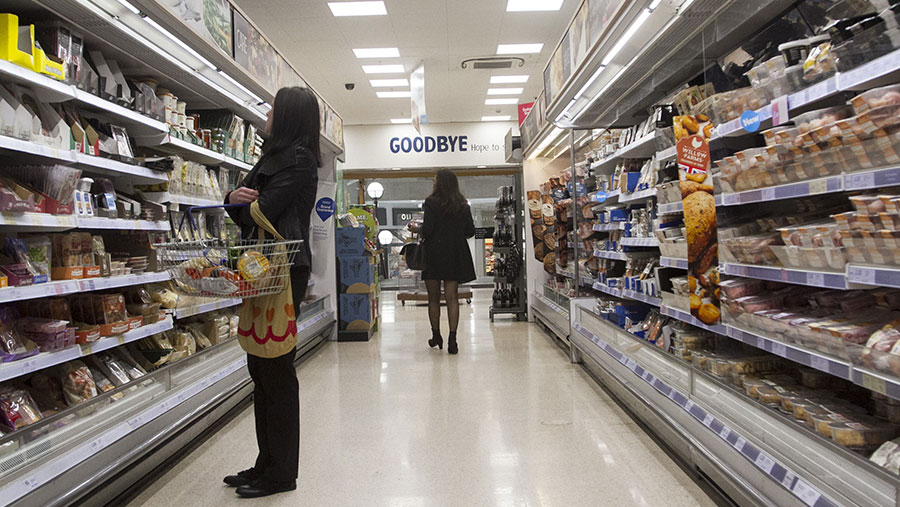 Farm leaders say the government has betrayed growers and livestock producers by confirming it will allow tariff-free food imports into the UK following a no-deal Brexit.

Tariffs will not be imposed on 88% of imports – including grains, eggs, fruit, vegetables and some dairy – under government plans published on Monday (8 October).

But British farmers will face tariffs on food exports.

NFU president Minette Batters said the government had severely undermined British farmers by confirming it would remove the tariff safeguards for a number of key agricultural sectors in the event that the UK left the EU without a deal on 31 October.

Significant additional financial pressure would be piled on farmers at precisely the time they would be facing enormous challenges from a no-deal Brexit, she said.

It also risked exposing the UK to imports that failed to meet the standards met by British producers.

Confirmation that much food will be allowed into the UK tariff-free came a week after Defra secretary Theresa Villiers said the government wanted to “get the right balance” between protecting farmers and limiting the impact of any no-deal food price rises for consumers.

But Mrs Batters said tariffs would protect farmers while having little impact on retail food prices.

“Farmers are going to feel betrayed by this government’s failure to act now in making sure that all that can be done is being done to help mitigate the damaging effects of a no-deal Brexit.”

She added: “I don’t recall anyone selling a vision of post-Brexit Britain as one involving lower-standard food filling shop shelves while British farmers – the guardians of our cherished countryside – go out of business.”

National Pig Association chairman Richard Lister said no-deal import tariffs would force UK pig farmers out of business and open the UK to a flood of imports produced to health and welfare standards that are outlawed in the UK.

“The situation, as it stands, could be an absolute perfect storm for the UK pig sector.

“The consequences could be catastrophic.

“My message to the government is clear: Do not sacrifice the UK pig sector in pursuit of cheap food and future trade deals.”

Ulster Farmers’ Union president Ivor Ferguson said: “We accept the importance of ensuring food prices remain stable for consumers in a no-deal situation, however, sacrificing the farming industry and increasing reliance on imports is not the way to do it.

“Farming families are once again left in fear of what could happen to their businesses if a no-deal Brexit occurs.

“We have constantly repeated that a no-deal outcome would be catastrophic.”