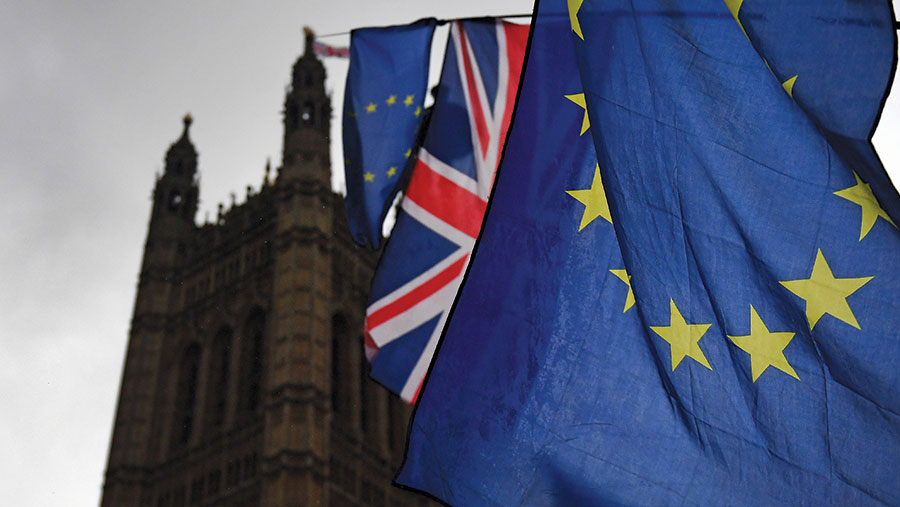 After two years of negotiations, Downing Street and Brussels have finally reached a draft agreement on the UK’s withdrawal from the EU, together with a joint political declaration on their future relationship.

In more than 500 pages, the document sets out the terms of the UK’s separation from the EU.

This includes a financial settlement of about £39bn to cover the UK’s outstanding money obligations, clarification on the rights of UK and EU citizens living in each other’s territories, and the continued protection of about 3,000 food products with designated origin status.

But the main aspect of the draft accord is the 21-month transition period, to 31 December 2020, during which further negotiations will take place to determine a new, long-term trading arrangement.

During this transition, the UK will be obliged to accept the EU’s rules, but will have no say in making them.

But, according to an AHDB briefing paper, the UK will at least be able to start talking to other countries, such as the US and New Zealand, about potential trade deals.

“However, any implementation of such deals can only kick in after the transition period ends, unless the EU agrees otherwise,” says report author Luke Crossman.

The other big issue, of course, is the so-called “backstop”, designed to ensure there is no return to a physical border between Northern Ireland and the Republic of Ireland, should the “future relationship” negotiations during the transition period falter.

If this backstop is activated, then a “single customs territory” between the EU and UK will be established.

But, according to the AHDB, this does not completely get away from Northern Ireland being treated differently to the rest of the UK.

“Whilst products originating in Northern Ireland can be sold in Great Britain under a UK origin label, those exported to the EU will have to be labelled as UK (NI),” says Mr Crossman.

Furthermore, Northern Ireland would stay more closely aligned to EU rules, while some products coming in from the rest of the UK would be subject to checks.

One of the biggest political sticking points is that, if this backstop arrangement is triggered, it can only be rescinded by mutual agreement.

A “joint committee,” made up of representatives from the EU and UK, will have the power to do that.

This committee will also have the power to extend the transition period, though this would need to be agreed by 1 July 2020.

Future relationship between the EU and UK

The political declaration about the future relationship between the EU and UK post transition is a shorter document – just seven pages.

It provides for a series of “partnership agreements” covering national security, foreign policy and, of most importance to agriculture, the economic partnership.

“Central to this is the intention to create a new Free Trade Area (FTA) with no tariffs, charges or quantitative restrictions across all goods,” says Mr Crossman.

“There will be deep regulatory and customs co-operation to ensure a level-playing field within the FTA.”

Despite this, there would still be some customs checks and controls on trade at the border. The extent of this will depend on the degree to which the UK and EU agree to align their rules and regulations.

“In this context, there is an intention to establish alternative arrangements on the island of Ireland, to ensure the absence of a hard border,” says Mr Crossman.

How this can be achieved in practice will be the subject of intense negotiation during the transition period.

Would an FTA be good for agriculture?

Will the agreement come into force?

The first hurdle in securing the withdrawal agreement has been cleared, with the UK Cabinet approving the document on 14 November. The threat of a challenge to prime minister Theresa May’s leadership also appears to have subsided.

The next step will be securing the support of 27 other member states, who meet in Brussels on Sunday (25 November).

But then the draft agreement will come back to the UK parliament in December – and judging by the hostile reception it received when first debated on Thursday 15 November, its safe passage is far from guaranteed.

The AHDB analysis sets out four options in the event that MPs vote against the withdrawal agreement:

What the farm unions make of it?

Farm leaders have welcomed the government’s proposed Brexit agreement, saying it paves the way for ongoing free and frictionless trade between the UK and the EU.

A joint declaration by the NFU, NFU Scotland, NFU Cymru and the Ulster Farmers Union said: “The draft Brexit withdrawal agreement, while not perfect, will ensure that there are no hard barriers on the day we leave the EU. It will allow trade in agricultural goods and UK food and drink to continue throughout the transition period largely as before. This opportunity needs to be taken.

“The default of trading with the EU under WTO rules alone is unacceptable and would decimate our industry.”