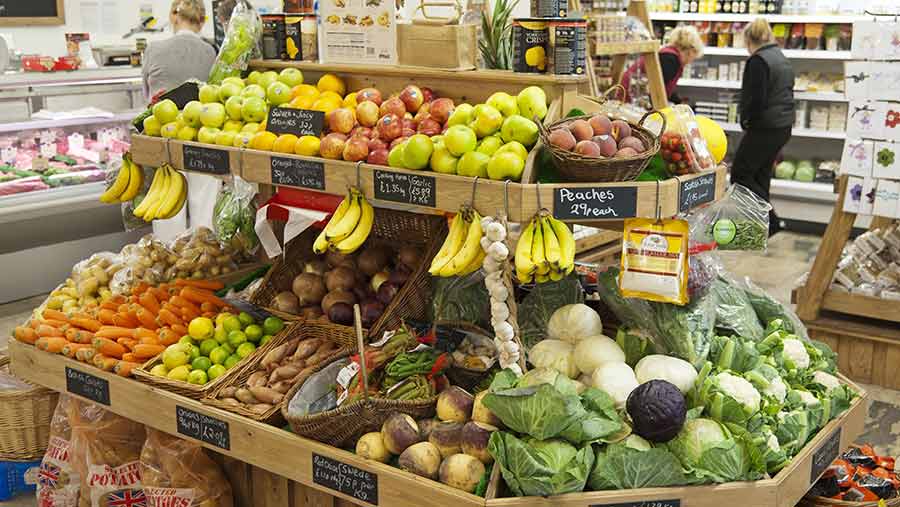 A major change to the structure of lowland farming in Britain is needed to address the country’s future food needs, according to Professor Timothy Lang from the Centre for Food Policy at London’s City University.

Much of Britain’s best farmland is being wasted growing feed for livestock and should be growing fruit and vegetables for human consumption, he told delegates at the Nottingham Farming Conference on Thursday (12 January).

“At the moment, 61% of our food is home-produced, but within that only 15% of the fruit we eat and 55% of the vegetables are grown here – and that for a level of consumption which, we are being told, should be doubled.

“Why are we producing animals on land that should be growing fruit and vegetables? Meat production consumes 50% of the grain we grow. That is bonkers – a misuse of land and a misuse of infrastructure and resources.”

Instead, he suggested that meat production should be confined to land that is unsuitable for growing crops, with the livestock being mainly grass fed, so as to produce “less meat, but better”.

In this respect, he suggested Brexit gave the industry a chance to reassess its role and break the “lock in” of the big supermarkets’ buying power.

“British farming is getting very little for its labours,” he said. “It gets £9.6bn out of the £201bn that British consumers spend on food, which is the result of ‘cheap food’ policy decisions made 60 years ago.”

Those figures made a mockery of Andrea Leadsom’s view that the industry could export its way out of the £22bn balance of trade deficit that currently exists.