Farm minister George Eustice has promised farmers that he is seeking to avoid a “cliff edge” for agriculture when it leaves the EU.

Speaking to an audience of 60 farmers at a recent event in Redruth, Cornwall, the minister offered assurances funding would remain available to the farming industry after Brexit and there would be a transition from the old system to the new.

“We do not need cliff edges,” he said. “This needs to be an evolution to something better, not a revolution with painful consequences.”

See also: Analysis: What the farming unions want from Brexit

Mr Eustice acknowledged there were lessons to be learned from New Zealand, which does not subsidise its farmers, but indicated the model would not be replicated in the UK.

“Although there are lessons that can be learned from New Zealand and their market focus, New Zealand also dramatically devalued their currency at the same time as removing support, pricing their agricultural produce into world markets.” 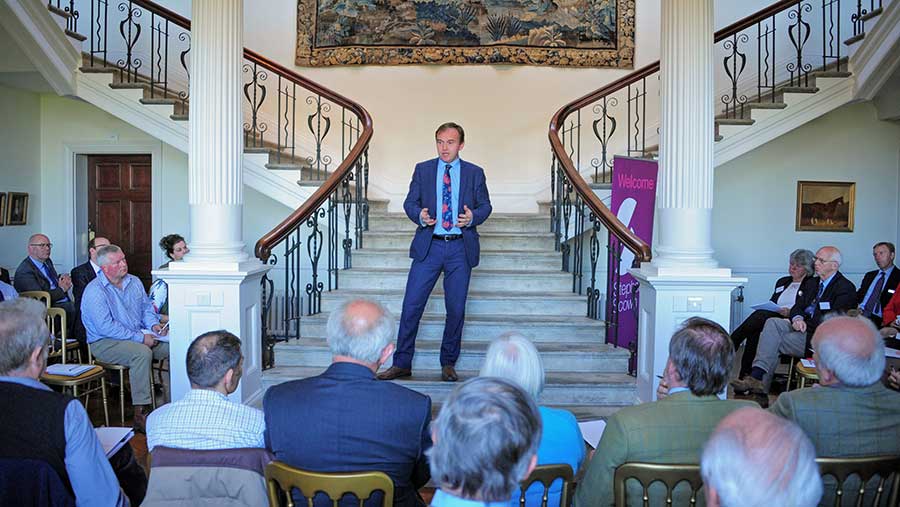 But the minister hinted that the government was exploring the merits of alternative ways of supporting the industry than direct payments.

“If one of the roles of the current CAP is income support, then we should ask whether there is a better way of addressing the reasons that farming needs income support.

“For me, the sheer degree of risk involved in farming makes it a special and unique industry so we should help farmers manage those risks.”

Over the coming months, he would continue to meet and engage with farmers to get their ideas and to update them on the work Defra has been doing on the different options, he said.

The aim was to support profitable farming and deliver for both the farmed environment and animal welfare.