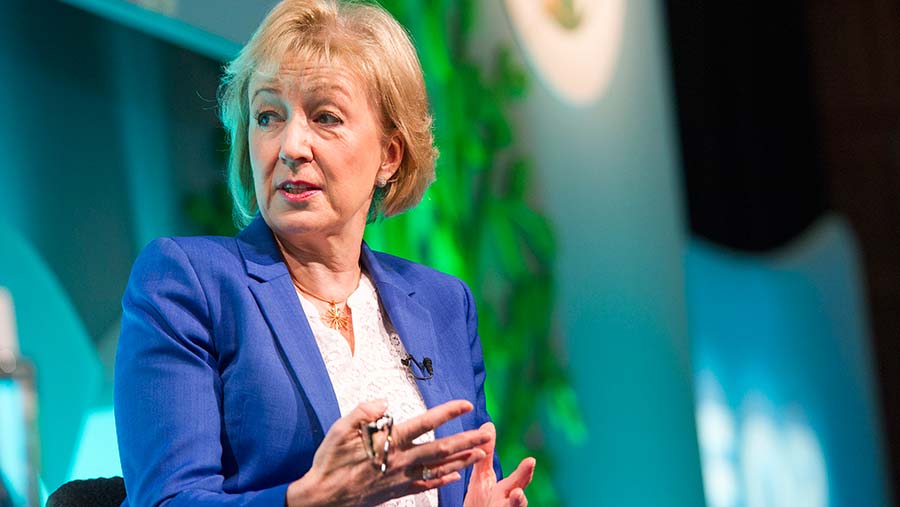 Defra secretary Andrea Leadsom has come under fire for providing warm words, but little detail, about the future of farming during her speech at the Oxford Farming Conference.

Mrs Leadsom used her keynote address to pledge to consult with farmers “in the near future” about post-Brexit policy and to cut red tape to save farmers time and money.

But farm leaders and opposition MPs have responded with concern that they have been left with little new information on some critical issues facing farmers.

See also: Leadsom: Farmers to get a say on post-Brexit policy

Meurig Raymond, NFU president, said while farmers would be pleased to see the promise to axe the three-crop rule, it was disappointing that there were not more answers in other, more pressing areas.

“To ensure British food and farming continues to have a viable future outside the EU, farmers need to know what future trading arrangements will look like with the EU and beyond,” he said.

“They need to know where they will be able to recruit their workforce from and what a domestic agricultural policy will look like post-Brexit. All of these vital issues will need clarifying as soon as possible.”

Kate Parminter, the Liberal Democrat’s shadow Defra spokesman, said warm words about wanting to increase British food exports would be meaningless if farmers were faced with a 50% tariff on beef and a 30% tariff on lamb to sell into their biggest export market.

“Andrea Leadsom has said nothing about the two most important questions facing UK farmers – whether they will still have access to the single market and what subsidies they can expect to receive post-2020,” she said.

Stuart Agnew MEP, UKIP’s agriculture spokesman, was even more critical, insisting that the pledges that had been made were slow, lacked detail and were ill-considered.

“I feel she is hiding behind “we are having consultations”, he said, “That will work for now, but it certainly will not work going forward.

“Her headline-grabbing suggestions such as not putting up EU adverts on the edges of fields and a move away from the three-crop rule are either cosmetic or likely at the EU’s instigation anyway, so hardly amount to a policy string of beans.”

Molly Scott Cato, an MEP for the Green Party, said the government was creating an impossible environment in which to make decisions about future investments.

But she claimed that abandoning the three-crop rule would be environmentally irresponsible.

“The attack on the three-crop rule shows Leadsom is set on shredding measures aimed at safeguarding our soils, protecting habitats and using farmland for capturing and storing carbon,” she said.