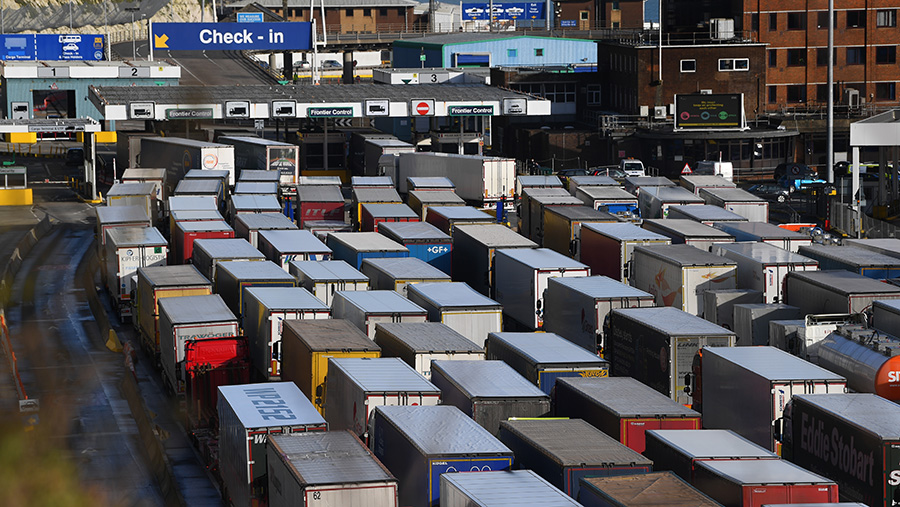 This includes an estimated £11m of losses to Scottish seed potato farmers, who will no longer be able to export to Europe, and exporters facing new customs controls and IT systems failures, leading to stock being delayed and spoiled at ports in the UK and EU.

Mr Russell, cabinet secretary for the constitution, Europe and external affairs, said businesses had been left “toothless” just over a month after the UK government’s Trade and Cooperation Agreement with the EU came into effect on 1 January.

Speaking in a statement to parliament, Mr Russell said the Scottish government would continue to do all it could to mitigate the effects of Brexit – including backing a call from the food and drink industry for a six-month grace period to allow companies more time to cope with the changes.

He added: “It is an incontrovertible fact that four weeks into the new trading arrangements, the problems for businesses are not diminishing, but multiplying and spreading across different sectors of the economy.”

Government ministers in England and Scotland say they are working together to get the EU ban on UK seed potato exports lifted.

NFU Scotland (NFUS) said the loss of the lucrative market was particularly damaging for Scottish farmers.

The majority of the estimated 30,000t of seed potatoes exported to Europe each year come from high-health stocks grown in Scotland.

The union said despite the UK securing “national listed status” for the trade of live animals, products of animal origin and plants, extensive checks at the border and more paperwork were causing friction, delay and extra costs for traders.

The UK government’s “reasonable worst-case scenario” predicts 142,000t of perishable goods, including food, feed and drink, could be wasted over the next six months because of Brexit border disruption.