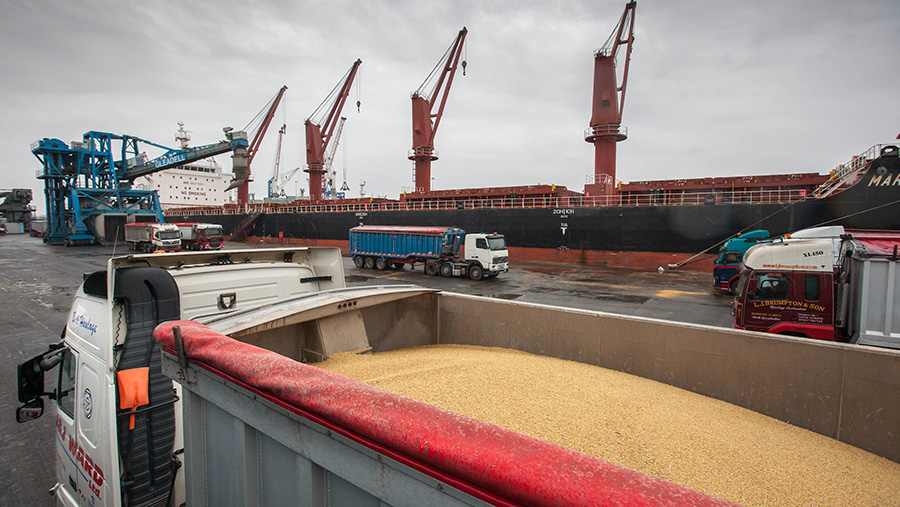 Rural Britain needs to speak with one voice if it is to have any chance of maintaining full access to the single European market, according to NFU deputy president Minette Batters.

As such, the NFU is seeking common ground on trade, inviting a range of UK farming and rural bodies to deliver a unified message to government.

See also: Farming at risk of being sidelined in Brexit trade talks

A post-Brexit trade deal that does not provide unrestricted access to the EU single market could “decimate farm businesses”, said Ms Batters.

“Article 50 will be triggered by 31 March 2017 and, if those negotiations are unsuccessful, then on 1 April 2019 we could revert to [World Trade Organization] tariff rates applied to trade between the UK and the EU.”

That would mean British lamb would have an effective 51% ad valorem tariff placed on it, while British beef would face up to 87% duties, and wheat and barley would be charged 53%.

“Those tariffs will effectively make our produce uncompetitive on the EU market, causing a potential loss of market share, which for lamb represents 38% of our production,” said Ms Batters

If we don’t get the right trade deal, it will set us back for years to come Minette Batters, NFU deputy president

A letter is being sent to all UK farming organisations this week inviting them to take the plans forward.

Other bodies, including the Royal Society for the Protection of Birds and the Campaign to Protect Rural England, will be contacted in the near future.

Some of the farming organisations now being contacted – notably the Tenant Farmers Association (TFA) and the Livestock Auctioneers Association – were critical that the NFU was seemingly reluctant to co-operate in the weeks immediately following the EU referendum in June.

The TFA said at the time “no one organisation, regardless of size, has the monopoly on good ideas”.

But the NFU insisted then it would engage with other groups, once it had completed its consultation with its 55,000 members over the summer.

According to Ms Batter, the time is now right to pool resources to try and influence government negotiators.

“If we don’t get the right trade deal, it will set us back for years to come,” she told Farmers Weekly.

Given the mutual interest for the EU and the UK to maintain tariff-free trade, establishing a bespoke trade deal, based on full access to the single market, should be achievable.

If this involved free movement of labour, so much the better. The food and farming sector needed about 90,000 seasonal workers a year, so maintaining access to that workforce was essential.