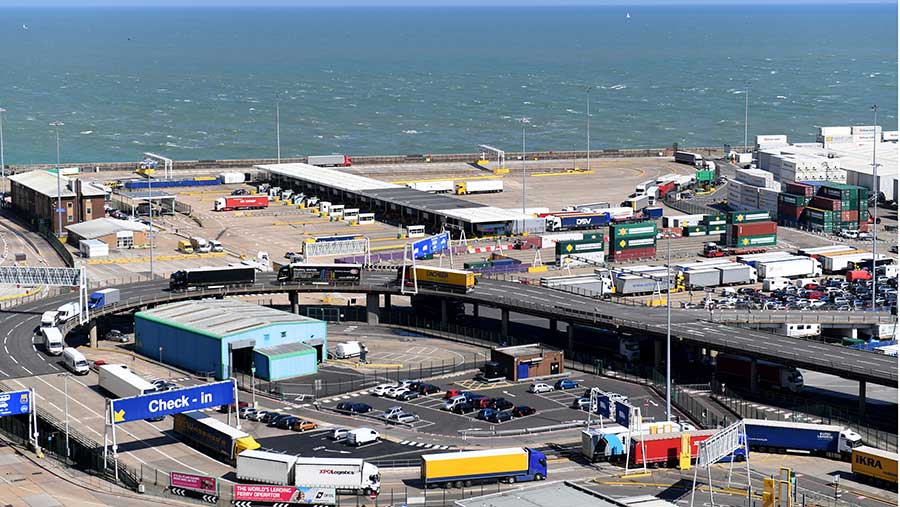 Food and farming industry representatives have issued a stark warning about the negative impact of a “no-deal” Brexit, following publication of the latest “technical notes” by Defra.

NFU president Minette Batters agreed a ”no-deal” Brexit would be “catastrophic for British agriculture”, with farmers facing “an immediate trade embargo for many of their products, which would severely threaten livelihoods and businesses”.

Their comments follow publication of a further set of technical notes from the government, designed to help businesses and individuals understand what they would need to do in a “no-deal” scenario, “so they can make informed plans and preparations”.

The first tranche was published on 23 August, and covered the impact of a no-deal Brexit on farm payments, rural development, organic food and GMOs.

The latest briefings cover trade in plant and animal products, regulating chemicals and veterinary medicines, food labelling and the manufacturing and marketing of fertilisers.

According to the technical note on trade in animals and animal products, currently no certification is required for most transactions between the UK and the EU.

“If the UK leaves the EU in March 2019 with no deal in place, Export Health Certificates (EHCs) would be required… and consignments would need to travel through a Border Inspection Post within the EU,” it says.

The UK would also have to be apply for official “third country status”. “We cannot be certain of the EU response or its timing,” says the document. “Without listed status, no exports to the EU could take place.”

The NFU says this would amount to a “cliff-edge scenario” and warns it could take six months for the UK to be approved by the EU as an exporter.

In addition, some UK food exports would face the EU’s prohibitively high WTO tariffs, which would make many products uncompetitive, warns the FDF’s Mr Wright.

“UK food and drink manufacturers will also need to make immediate and costly changes to product labelling to remove references to the EU in origin labelling.

“Additionally, a product labelled with a UK food business operator’s name and address would no longer be able to be sold in EU markets, however this would be mandatory for products sold in the UK.”

Mr Wright warns that if EU consumers are unable to access UK food and drink, they will switch to other sources of supply and those export markets “will be lost forever”.

The release of the latest technical notes follows a difficult spell for the government, with the so-called Chequers proposal, based on the UK retaining “free and frictionless trade” with the EU subject to the same rule book, being rejected by EU leaders at a recent summit in Austria.

Leading Brexiteers in Westminster have also rejected the plan, pressing for something more akin to a Canadian-style free-trade deal with the EU. This would see most tariffs eliminated, while “smart” technology could be used to ensure the smooth movement of goods across the Irish border.

But despite the political turmoil, the government insists a no-deal Brexit “remains unlikely given the mutual interests of the UK and the EU in securing a negotiated outcome”.

“Negotiations are progressing well and both we and the EU continue to work hard to seek a positive deal,” it says in the prelude to each technical note.