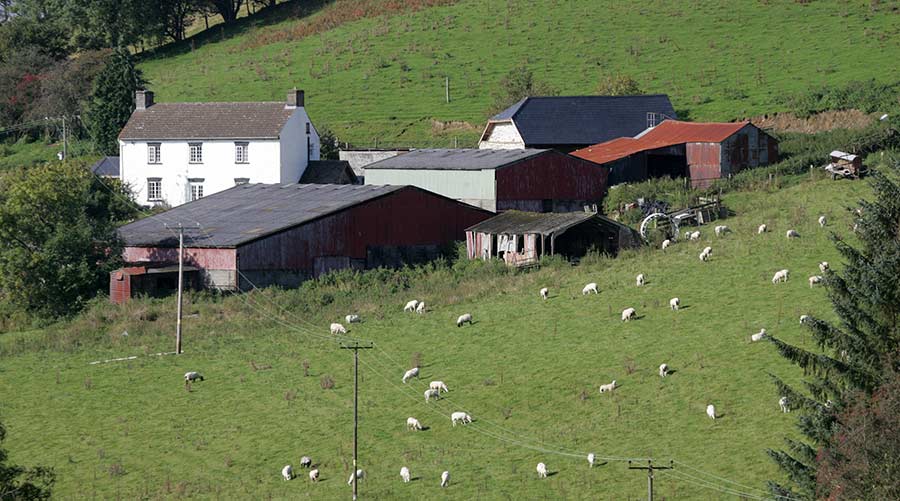 The 31 October Brexit deadline will expose the Welsh sheep industry to a “Halloween horror story” if it brings a no-deal scenario and tariffs.

This stark warning was delivered by Kevin Roberts, chairman of the Welsh red meat levy board Hybu Cig Cymru (Meat Promotion Wales), on the first morning of the Royal Welsh Show (Monday 22 July).

“The impact would no longer be seismic – it would be off the Richter scale and produce a fault line fissure right through Welsh farming’s immediate future,” said Mr Roberts, addressing an audience of 100 farmers and industry leaders at the Hybu Cig Cymru stand.

It calculates that combined beef and sheepmeat exports to the EU could decline by 92.5% with lamb export trade “almost completely wiped out”, which would hit market prices badly.

In a no-deal scenario, the 37,000 carcasses a week that are usually sent to Europe could be stopped and this meat would “flood” the domestic market.

The report warns the impact on farmers could be:

Mr. Roberts said cattle, sheep and pork farming contributed £688m to Welsh agricultural output and made a “huge contribution to Welsh communities and way of life”.

But he added: “Just now, prices are not where we would like them to be – for beef in particular.

“It is difficult to think of any time where we have faced such uncertainty as to where the future markets for our products are.”

Mr Roberts urged the new prime minister and the UK government to do everything in its powers to avoid the UK leaving the European Union with a no-deal Brexit on 31 October.

Farmers need the “right deal”, with unfettered access to the EU market and its 500 million consumers.

“Welsh farming is a big deal. It’s the real deal. But please, our producers deserve so much more than a disastrous no deal,” he added.

Grass-fed livestock systems are part of the solution to climate change and not the problem, Mr Roberts told the Royal Welsh Show audience.

He accused opponents of the Welsh red meat industry of making “lazy links” to agriculture by claiming that we can “save the planet by eating less meat and rewilding the hills”.

Many of the figures quoted about the environmental effects of red meat production use global averages based on systems that are very far removed from the grass-based grazing livestock systems in Wales.

“The main pollutant from our sector is methane, but new research by Oxford University is ground-breaking in the way it addresses the issue of methane emissions,” he said.

“It says methane is a short-life climate pollutant. Carbon dioxide can last in the atmosphere for centuries, but methane only lasts 10 to 12 years. If these emissions are static or declining, they are not adding to ongoing global warming.”

Mr Roberts urged the industry to fight back against vegan campaigning groups that “peddle falsehoods about food production methods and its consequences for climate change”.

He added: “It’s time for Welsh farming’s success story to become on trend.”