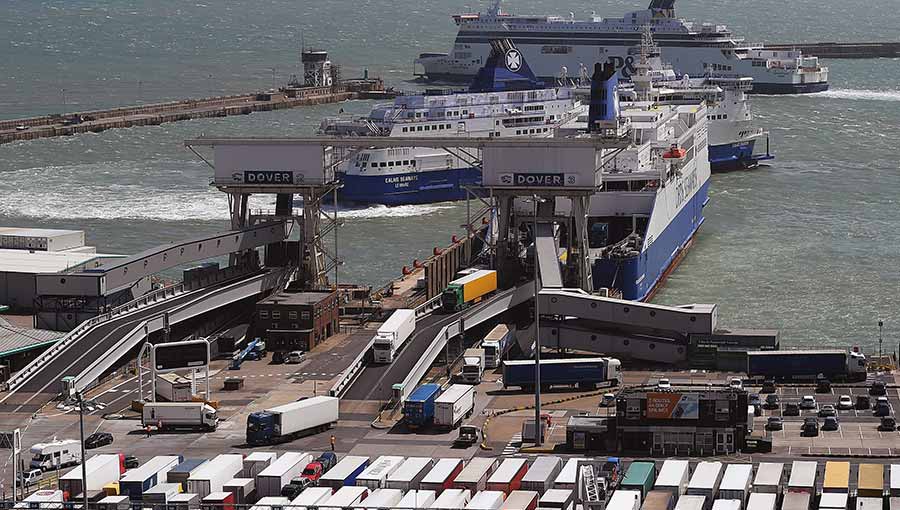 The food and drink sector will be disproportionately affected by a no-deal Brexit, facing high tariffs on exports to the European Union and disruption to food supplies coming in, the government has warned in a new analysis.

The paper reveals that no physical goods exported to the EU would be allowed to move until they had customs clearance, leading to delays at the borders. It puts the total cost of this, on all business, at £13bn a year.

Animals and animal products would have to go through an official Border Inspection Post, and the report notes that construction work has only just begun on such a facility at the key entry port of Calais.

The government also points to the fact that 30% of the UK’s food supply comes from the EU and suggests “the potential disruption to trade across the short Channel crossings would lead to reduced availability and choice”.

While this would not lead to an overall food shortage, the paper says that, at the time of year we will be leaving the EU, the UK is particularly reliant on imports of fresh fruit and vegetables.

“In the absence of other action from government, some food prices are likely to increase, and there is a risk that consumer behaviour could exacerbate, or create, shortages in this scenario.”

On tariffs, the government is warning of severe effects on some sectors in the event of a no-deal Brexit, with UK exporters facing tariffs of around 70% on beef, 45% on lamb and 10% on finished cars sold to the EU.

“This would be compounded by the challenges of even modest reductions in flow at the border,” it says.

But the paper does not specify what tariffs may or may not be imposed on goods coming into the UK, other than to say it will bring forward secondary legislation “soon”.

Last week, at the NFU conference, Defra secretary Michael Gove suggested such an announcement was imminent.

The delays have been widely interpreted as evidence of a continuing spat between those in cabinet who want cheap food for consumers post-Brexit, and those who want to protect the UK’s farmers.

A report in the Financial Times this week, however, suggests a deal may have been done in cabinet, which would see import tariffs introduced on sensitive products such as beef, lamb, sugar, pigmeat and dairy – both from the EU and the rest of the world – but not for anything else.

These would last for one year before being reviewed.

Responding to the government’s paper, food and farming alliance Sustain described it as “a nightmarish no-win situation for our farmers and food producers alike”.

“British food producers export £13bn of food and drink a year to EU countries, yet now we hear that crashing out of the EU without a deal is likely to cost an extra £13bn in customs paperwork,” said chief executive Kath Dalmeny.

“It is also bad news for consumers, whose fresh fruit and veg is mainly imported at this time of year,” she added.

“MPs who care about British food and farming must do all they can to avert a no-deal Brexit, otherwise we are heading into a food disaster.”

Prime minister Theresa May’s decision on Tuesday (26 February) to provide for an extension to the Article 50 negotiating period should parliament reject her withdrawal agreement with the EU has potentially bought some time.

But it still does not guarantee that the UK will not eventually leave the EU without a trade deal in place.