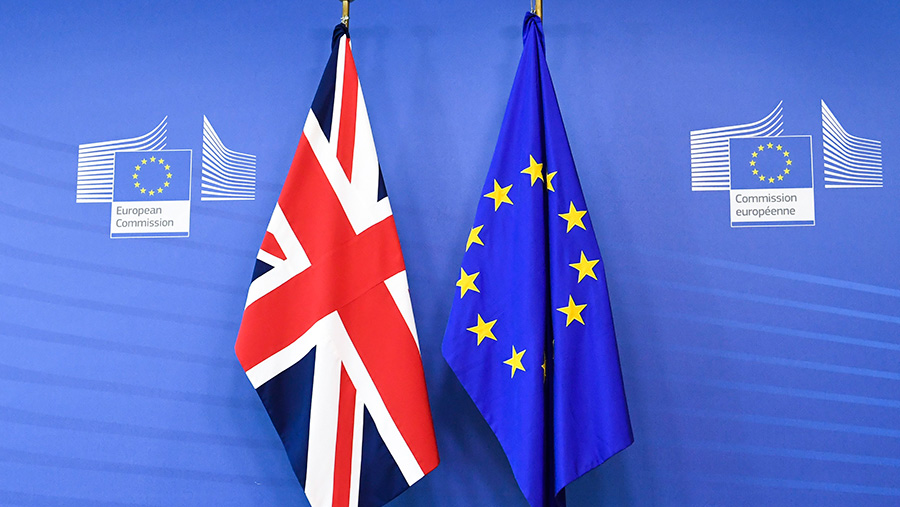 If I cast my mind back over my farming career, there are a few dates that stick out.

The 16 October 1987 – when 130mph winds ripped through the farmyard lifting roofs, toppling silos and uprooting trees.

Then there was the 20 March 1996 – when Stephen Dorrell stood up in parliament to announce there might be a connection between BSE in cattle and new variant Creutzfeldt-Jakob disease in humans.

Another is 19 February, 2001 – when the foot-and-mouth virus was identified in a pig in an Essex abattoir.

But I suspect among all of these key moments in time, 23 June 2016 will come to stand head and shoulders above the rest.

We will not know for months, probably years, what the full impact of the decision to leave the EU will have on our farming lives, but you suspect it will be far reaching.

I’m not assuming it will be some sort of disaster-like pestilence or storm, but the reverberations will live on – be they good, bad or indifferent.

We are at an important time in our nation’s history and, as I’m in an historic mood, it might be worth going back to 1946.

Seventy years ago, a war-ravaged Britain emerged from its bunker to face the challenge of rebuilding the country.

With a new socialist government recently elected, it was a time for radical new ideas that over time would shape the country we have today – the establishment of the NHS being a key example.

In 1946 the government’s policy on agriculture also faced a key fork in the road.

Should the government continue to support farmers as it had done through the war to encourage production or should it walk away to send British agriculture back to the “locust years” of the 1930s when we imported 80-90% of our food needs?

The Attlee administration duly sat down with the NFU to hammer out a deal that would set our industry on a course that would last for decades.

The result was another landmark in the annals of British farming, namely the 1947 Agriculture Act, which guaranteed prices for key agricultural commodities alongside encouraging investment through grants.

What followed was a prolonged renaissance for UK farmers.

It is worth noting that in 1945 there were more than a million horses on British farms powering most operations.

By 1965 they were more or less all gone and replaced by the tractor.

Under the benign auspices of the post-war agriculture acts, British farming became the most advanced and mechanised in Europe.

Today, you could argue we stand in front of a similar fork in the road to the one we faced in 1946.

Whoever runs Britain over the next months and years will have to decide to what extent government should support and protect British agriculture.

The canvas is about as blank as it has been since 1939.

At the moment it is premature to get into the detail of what a British agricultural policy should look like, but to my simple farming mind it’s worth remembering two things.

First, that British farmers are at their strongest when they unite around their commonalities with a solidarity of purpose, and we are at our weakest when we fight like rats in a sack more interested in biting each other rather than concentrating on the challenge in front of us.

Second, government should remember from history that if British farmers are left to compete against farmers abroad who have greater levels of support and lower costs through lighter regulation then the risk is we will return to those locust years.