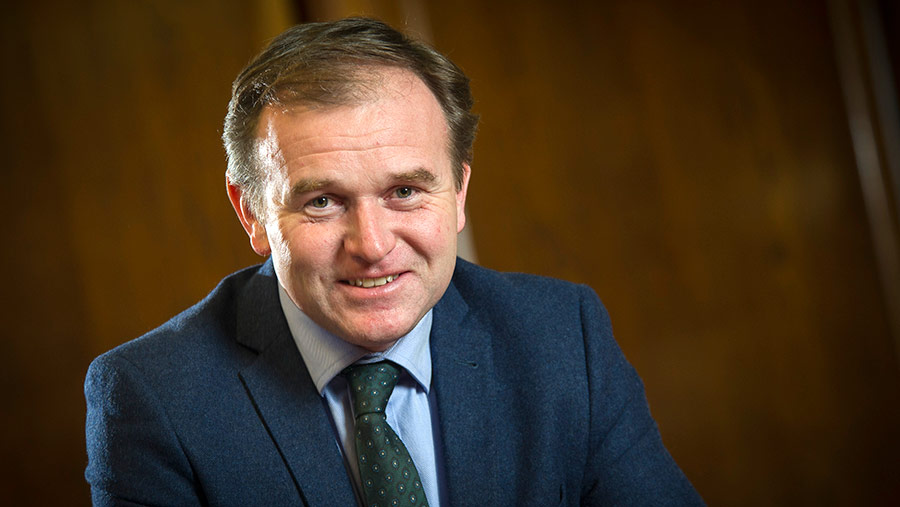 Farmers face waiting the best part of a decade before a post-Brexit support system to replace the Common Agricultural Policy is fully introduced, it has emerged.

According to Defra minister George Eustice, any change to a new system would be gradual and might not be completed until 2025 – eight years from now.

Mr Eustice made the comments to Farmers Weekly after the Tory manifesto pledged that a Conservative government would maintain support payments at their current level for an additional two years, until 2022. Previously, payments were guaranteed only until 2020.

Any change to a new system would involve a transition, said Mr Eustice. He added: “For me, protecting the budget for five years – for the lifetime of this [next] parliament – is crucial because it enables us to give farmers the reassurance that we intend to have a funded agricultural policy.”

Asked how long the transition would take, Mr Eustice said: “It is highly unlikely we would complete it within the lifetime of the next parliament. As our manifesto makes clear, we envisage some sort of totally new agri-environment scheme for the following parliament, after 2022.

“But the reality is that very little, if anything, would change until we actually leave the EU in 2019. And I would then envisage, perhaps between 2020 and 2025, a gradual change in the way we support agriculture, so we emerge with something that is much more focused.”

Direct payments currently make up an estimated 55% of farmers’ incomes. Producers reliant on the payments are likely to welcome a longer transition period. But many farmers voted for Brexit because they consider the current system cumbersome and overly bureaucratic.

In a recent study by the National Farm Research Unit, 32% of farmers said their business would be vulnerable to a reduction in direct payments after 2020.

NFU president Meurig Raymond said: “Farmers need stability and certainty as soon as possible. It is critical that our members understand what environment they will be producing in from the very first day of the UK being outside of the EU.

“So, we are calling on government to work with us closely to develop a detailed timetable for delivering a domestic agricultural policy, establishing the transitional arrangements that will exist during that period.”

The Agricultural Industries Confederation, which represents the UK’s £7.5bn supply trade, said it was important the next government encouraged competitiveness by investing in farm research, innovation and agricultural technology.

The Labour party has pledged to continue payments until 2020 before introducing a new system of farm support. Skills, innovation and technology were all at the heart of the party’s vision for agriculture, said farm spokesman Sue Hayman.

She added: “Labour will maintain farm payments until the end of current round and would look to rebalance future funds towards support for smaller farms, linking payments to productivity and innovation as well as to animal welfare and environmental stewardship.”