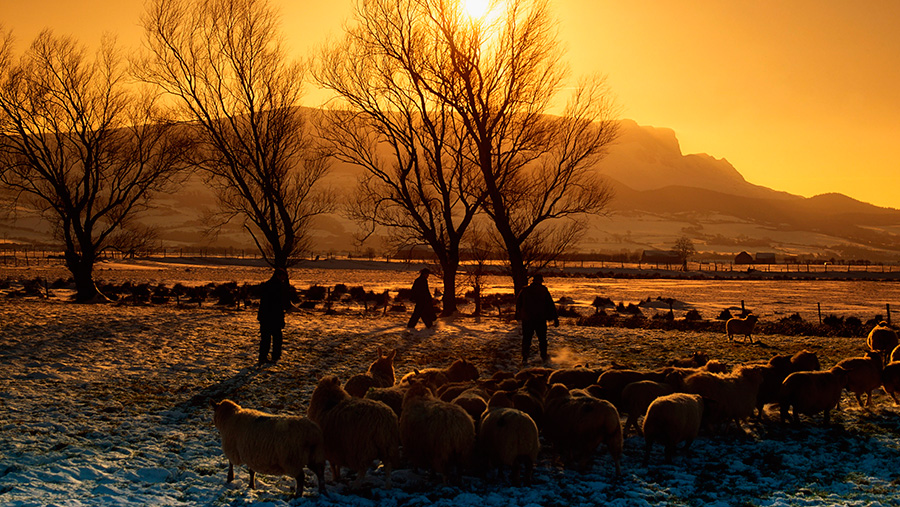 Farmers in Northern Ireland have more to lose than most if the UK votes to leave the EU, and many will be forced out of business, EU farm commissioner Phil Hogan has warned.

Delivering the annual Gibson lecture at Queen’s University, Belfast, on Monday night (9 May), Mr Hogan said farm support in Northern Ireland was worth more than £2.3bn in the current financial period (2014-20).

“To put that figure into perspective, annual payments from the EU account for 87% of annual farm incomes, compared to 53% in the UK as a whole,” he said.

“In other words, for every £10 sterling that Northern Irish farmers earn, the Common Agricultural Policy accounts for £8.70 of that total.

“Were it not for European assistance, many farms would not only generate significant losses, but would struggle, and in many cases fail, to survive.”

Were it not for European assistance, many farms would not only generate significant losses, but would struggle, and in many cases fail, to survive Phil Hogan, EU farm commissioner

But those payments would be in jeopardy if the UK left the EU, he added, pointing out it was Defra’s stated policy that direct payments should be eliminated by 2020.

“Outside the EU, agricultural spending would be subject to the same annual review by the British treasury as any other department.

“Can Northern Ireland’s farmers compete with the City of London, doctors, nurses and schools in such a review?”

Mr Hogan also questioned the trade implications of Brexit for Northern Ireland, which was very much an export-oriented economy.

The EU was engaged in a range of trade initiatives, including with China, Japan and the US.

Any deals would contain strong protection for high-quality EU agricultural produce, he said, and would open up opportunities for export-minded farmers and agri-businesses.

But there were particular concerns for Northern Ireland if the UK did leave the EU, given the fact there were huge trade flows of goods and people between the province and the Republic of Ireland on a daily basis.

“If any form of land border is re-introduced, how will this disrupt the substantial cross-border trade in agri-food products? Will Irish farmers lose tariff-free access to the UK market and vice versa?

“There will be clear incentives to recreate the old channels of smuggling across the border, and the consequent increase in resources from both states to deal with the problem. I believe that it would be a retrograde step.”

Mr Hogan also met representatives from the Ulster Farmers’ Union (UFU) on his trip to the province.

UFU president Barclay Bell insisted that the union was not advising its members on how to vote, but warned the commissioner that farmers’ votes “should not be taken for granted”.

“A key issue for us will be assurances that the EU is still committed to the European Investment Bank becoming involved in tackling the short-term cashflow crisis and longer term funding of farm borrowings,” he said.

“If Europe is to get farmer’s backing, then it needs to do so by clearly showing that it understands the issues undermining agriculture, and has the ideas needed to make the CAP and other parts of EU policy deliver better for farmers in Northern Ireland.”