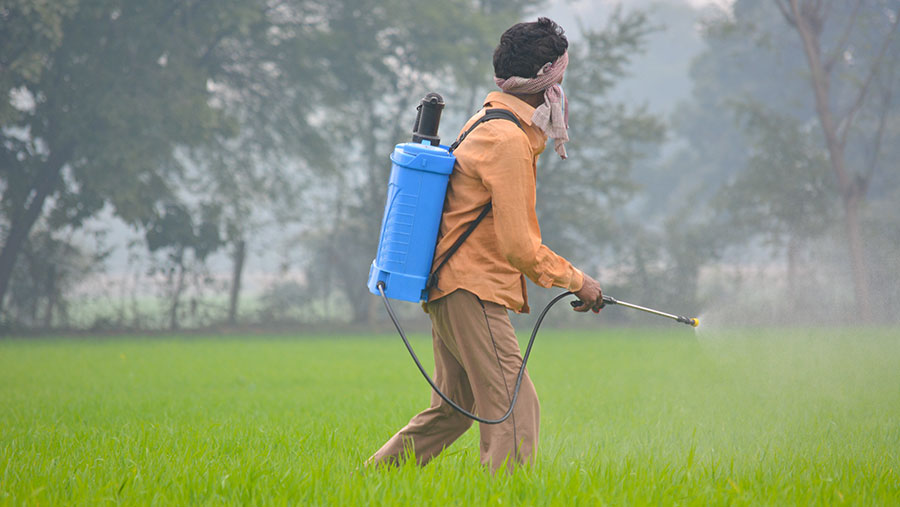 British farmers and growers are at risk of being undermined by imports of food produced to lower standards should the UK government sign a free-trade agreement (FTA) with India, environmental group the Pesticide Action Network (PAN) and food alliance Sustain have warned.

Negotiations between the two countries kicked off in January 2022 and have been gathering momentum, with some trade experts believing a deal could be signed as soon as October.

While negotiations are taking place behind closed doors, the new agreement looks likely to significantly increase food exports from India to the UK, including such staples as wheat, rice and sugar, says a new report from PAN and Sustain.

Head of policy at PAN, Josie Cohen, believes the UK will face considerable pressure from the Indian government to accept lower pesticide protections, as part of the process of regulatory alignment.

“Watering them down to secure a new trade deal would create serious public health risks at home while also making our farmers less competitive abroad,” she said.

Although imports of Indian agri-food are presently fairly low, there is potential for a major increase under any new FTA.

While much Indian produce, including rice and wheat, already comes into the UK tariff-free, this means Indian negotiators are likely to focus on removing non-tariff barriers to trade, such as pesticide residue levels, during the negotiations, says the report.

India allows 62% more “highly hazardous pesticides” than the UK, it adds, and also permits larger amounts of chemicals to appear as residues in food than in the UK.

“India allows wheat to contain 50 times the amount of chlorpyrifos than its UK equivalent,” says the PAN report, entitled Toxic Trade. “Chlorpyrifos was banned for use in the UK in 2019 due to evidence that it can harm children’s brain development.

“With a relaxation of the rules, this produce risks ending up on UK shelves, especially given border controls are stretched following the UK’s EU exit.”

The report adds that any deal is likely to have major effects on British agriculture, with Indian farmers able to produce food more cheaply using pesticides that are banned in the UK.

Dr Emily Lydgate, reader in environmental law at the University of Sussex, and one of the report authors, said: “The Indian government has a long record of lobbying to relax levels of permitted pesticide residues, and UK negotiators will inevitably face pressure to weaken domestic regulation.”

If the deal led to a lowering of standards in the UK, that in turn would jeopardise trade with the EU, which takes about 60% of UK agri-food exports, she added.

The NFU said it shared concerns that a self-imposed deadline could lead to a rushed deal, with the government “prioritising speed over substance”.

“There is a risk that increased access could lead to undercutting of UK produce,” said a spokeswoman. “Indian growers have access to a number of plant protection products that are banned in the UK.

It is vital the UK government maintains the right to regulate on food safety matters, including on acceptable maximum levels of pesticides and residues within products.”

However, the Department for International Trade insists the dangers are overstated.

“We have strict statutory limits for pesticide residue levels on imported food and a robust programme of monitoring,” said a spokesman.

“An FTA with India won’t change this – products which don’t meet our requirements won’t be permitted to enter the UK market.

“Any deal we sign will include protections for the agriculture industry. We will not expose UK farmers to unfair competition or compromise our high standards.”

Josh Woolliscroft, head of policy at CropLife UK, representing pesticide manufacturers, agreed, stating that the UK has some of the highest regulatory standards in the world, “standards that the government is committed to maintaining”.

“It should be noted that India has no comprehensive free-trade agreement with any advanced economy; we would therefore anticipate than any deal will be more limited in its scope than today’s report would have readers believe,” he said.