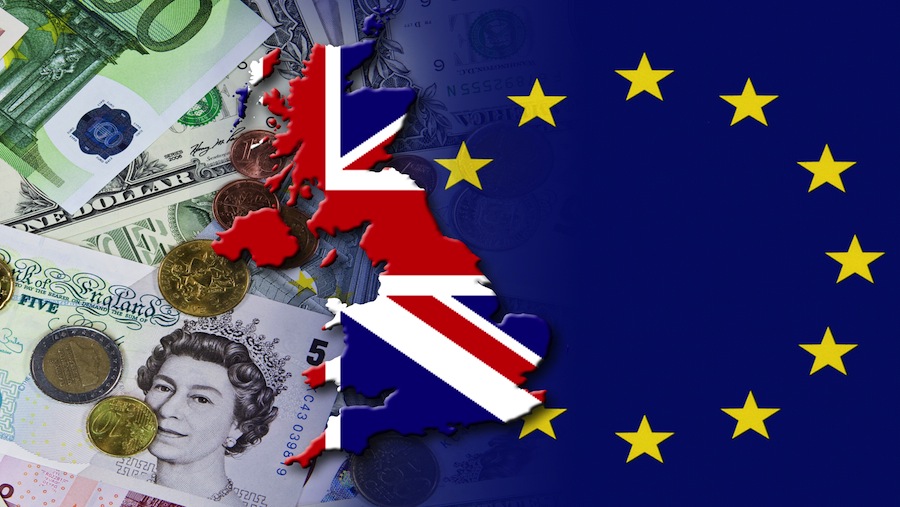 British farmers are in a precarious position when it comes to Brexit, suggests a report examining possible future trading arrangements between the UK and EU.

See also: Farm businesses must limber up for Brexit

It was undertaken by economists from the Belfast-based Agri-Food and Biosciences Institute in conjunction with the University of Missouri, USA.

Their findings were published on Wednesday (16 August).

A bespoke free-trade agreement with the EU – in line with the goals of the UK government’s Brexit White Paper – would lead to relatively small changes in producer prices, says the paper.

It suggest changes in farmgate prices across all agricultural commodities under this scenario would rise or fall by as little as 3%.

In the absence of a free-trade agreement between the UK and the EU, the UK would revert to World Trade Organization tariffs – at least in the short term.

Under this second scenario, most favoured nation (MFN) tariffs would be applied on UK exports to the EU and likewise imports from the EU to the UK.

The study says this would lead to significant disruptions to trade between the UK and EU – although the impact would vary across different farm sectors.

Dairy prices are projected to increase by 30%, while those for beef would rise 17%, pork would go up by 18% and poultry 15% because the UK is a net importer of these products.

Although this should benefit producers, there would also be knock-on consequences in the form of higher consumer prices, says the report.

But some producers would suffer, with sheep and barley prices projected to fall by 30% and 5%, respectively because the UK is a net exporter of these products.

The report says the negative price impact would be particularly marked in the sheep sector because of the large quantity of sheepmeat currently exported from the UK to the EU.

The third scenario examined in the study is unilateral trade liberalisation, where the UK reduces tariffs on imports from the EU and the rest of the world.

This scenario would see the UK set zero tariffs on imports to the UK from both the EU and the rest of the world, even though UK exports would be subject to MFN tariffs.

The report says it would have a depressing impact on UK prices across all commodities, particularly in the beef and sheep sectors, where international competition is very strong.

Producer prices in the beef and sheep sectors are projected to fall by 45% and 29% respectively, with a drop of 12%, 9% and 10% in prices for pig, poultry and dairy farmers.